Santana Moss Is Getting Inducted into the U's Hall of Fame Today; One Hell of a Bowler Too

Share All sharing options for: Santana Moss Is Getting Inducted into the U's Hall of Fame Today; One Hell of a Bowler Too

Congratulations are in order for Cowboys-killer Santana Moss, who is getting inducted into the University of Miami's Hall of Fame today in his first year of eligibility. Via the Miami Herald:

Reggie Wayne, Santana Moss and Dan Morgan, to be inducted Thursday in the UM Sports Hall of Fame, helped pave the way for the national champions of 2001 - the season after the three graduated...Moss, 31, grew up in Miami, graduated from Carol City High and has an offseason home near Pompano Beach. He said he was in awe when he learned he was to be inducted, like his teammates, in his first season of eligibility.

If you don't follow him on Twitter, I highly recommend it. He's been bowling with HOU WR Andre Johnson a lot this month (though not in this game). Tana can throw the rock. That's a nice mid-game Turkey : 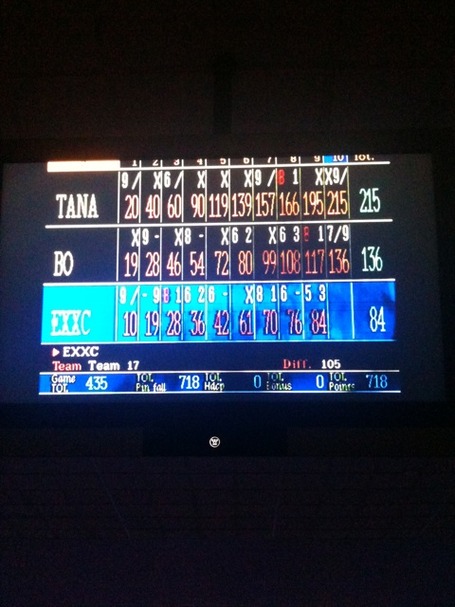