It's usually tough to pick out our top 5 plays after a loss in which we conceded 33 points, but London Fletcher was all over the field making plays. Having somehow missed out on the Pro Bowl (seriously, how the F@#K does that happen?!) I thought we'd have a Fletcher special today. Here's London Fletcher's top 5 plays against the Vikings. 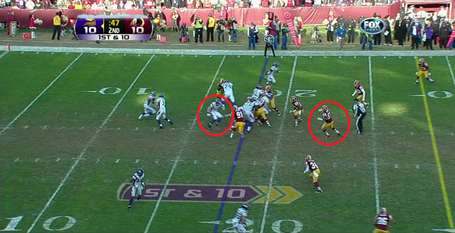 This is Fletcher in his element. Play recognition is a big part of the reason why he's such a good player and gets so many tackles. He starts to run inside, but picks up on the leading blocker (The fullback, circled in red) change direction to go outside. 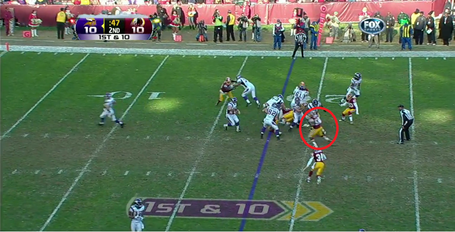 Fletcher takes the outside angle on Gerhart, forcing him to go back inside where there's a lot of traffic. 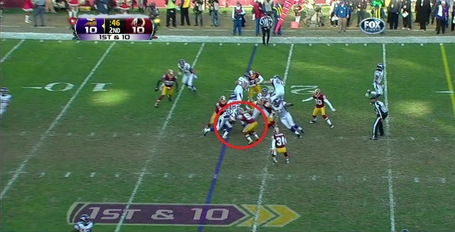 He gets low and stops Gerhart in his tracks as he only gains 1 yard on the play.

In this next play, you'll see Fletcher take on the lead blocker and peal off him to make the play on 3rd down. 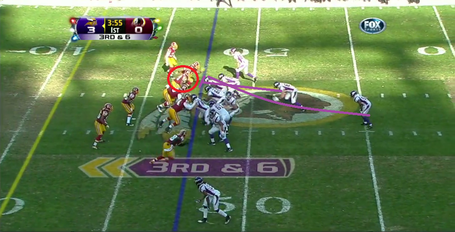 The Vikings motion Percy Harvin into the backfield to take a hand off, Fletcher is lined up on the line of scrimmage. 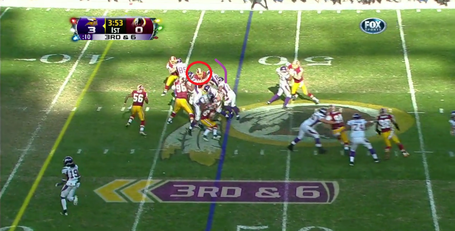 Fletcher is much too good for this fullback, manipulating him so that he could make the play inside if Harvin continued inside. 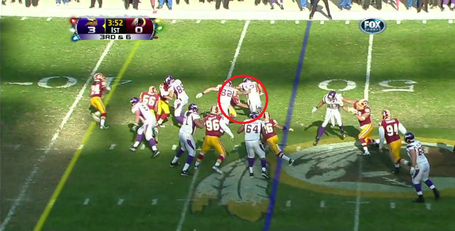 But Harvin bounces outside. Fletcher disengages the fullback quickly to make the play on Harvin, tackling him for just a 2 yard gain on what could have been potentially very dangerous if Harvin had gotten to open field. 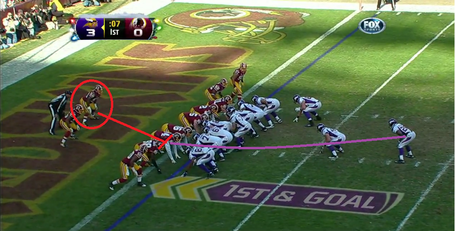 Now we have a 1st and goal from the 1. For the Vikings that means Adrian Peterson is getting the ball. 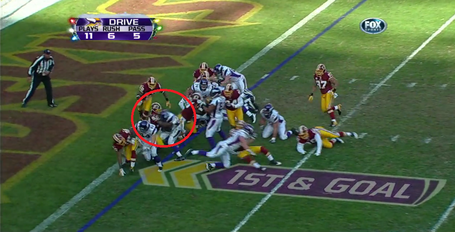 Fletcher meats Peterson in the hole and just walls off the end zone. It's amazing to watch a running back on the goal line run full speed into Fletcher and just get stopped or even pushed back. 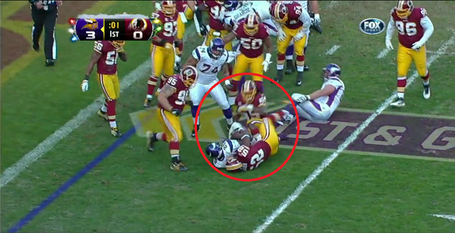 Fletcher gets a little help from Rocky McIntosh to bring down Peterson after the initial contact, but Peterson fails to get in.

Here we have another red zone play. 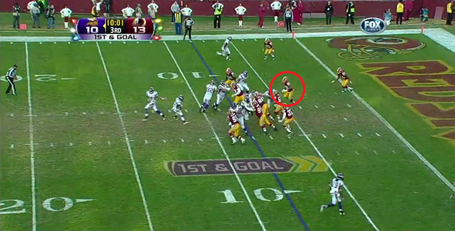 The amount of space Fletcher closes so quickly is amazing. He's 4 yards off the line of scrimmage here. 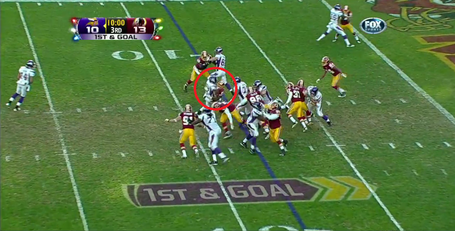 He makes contact with the runner a yard behind the line, meaning he made up 5 yards in the time the running back made just 3. 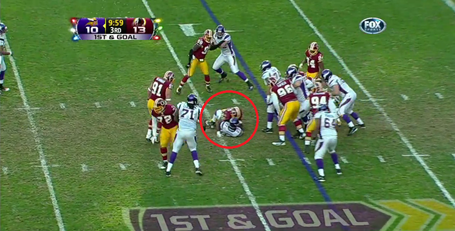 Needless to say, London wraps him up and brings him down behind the line for a 1 yard loss.

We finish on a massive hit from Fletcher on Vikings quarterback Christian Ponder, getting Fletcher credited with a half sack. 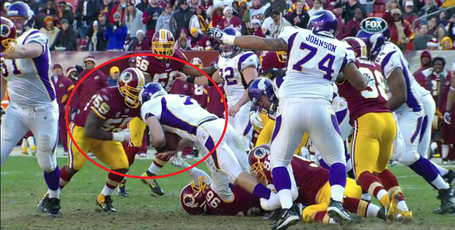 Ponder is trying to escape Adam Carriker's tackle after the pocket collapsed. But Fletcher isn't going to let that happen. 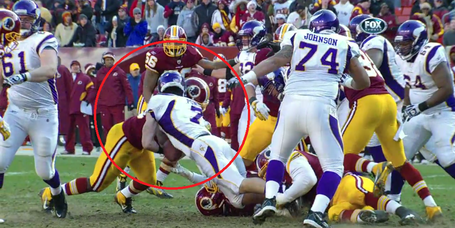 Fletcher gets low, leads with his shoulder and delivers a hit that quaterbacks have nightmares about. 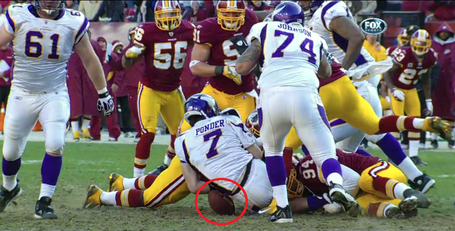 The hit is so hard the ball actually came loose but Ponder just fell on top of it. It was never credited as a forced fumble, but perhaps should have been.

We all love London Fletcher and it's an absolute shambles that he didn't make the Pro Bowl this year. It'll truly be a sad day when he retires, but lets hope he resigns here and retires a Redskin.

Out of interest, what do you guys think Fletcher would get in free agency now if he was 10 years younger?