My Findings From Spending 1 Hour on Ebay Searching "Redskins"

Share All sharing options for: My Findings From Spending 1 Hour on Ebay Searching "Redskins"

I had to wait to post this to make sure none of you people outbid me, but I bought (this is not debatable) the greatest Redskins hat in the history of Redskins hats. There's a picture of it after the jump at the bottom. I must have gone through zillions of Ryan Kerrigan rookie cards and oddly, Henry Ellard cards.

First up is this AMAZING signed Steve Spurrier Redskins helmet. Opening bid $62?!!? Good luck with that. Add a decimal in the middle and than we can start talking. The shipping alone costs more than it's worth. 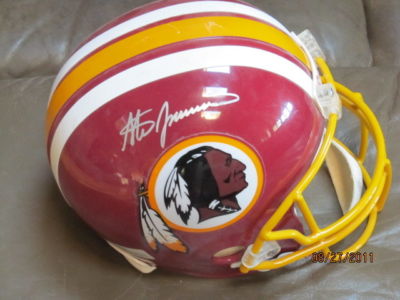 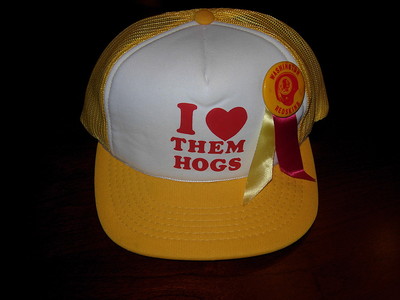