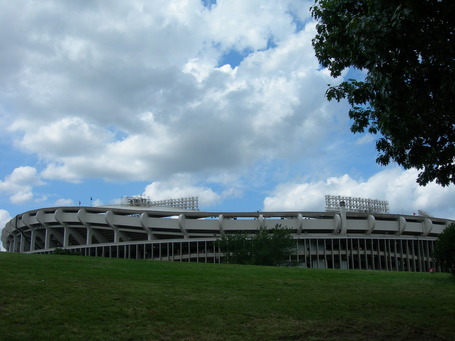 Curly R's eight part series on the history of RFK Stadium continues, in this episode we exactly what the Redskins did to get around the whole You Guys Don't Have Any Blacks On Your Team thing.  Their names are Ernie Davis and Bobby Mitchell.