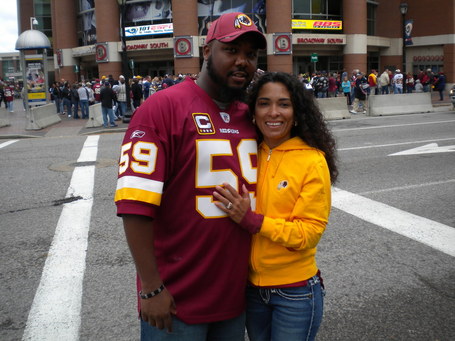 Hello Everyone, I'm sorry for the late post however my wife and I didn't get back until Monday evening and with work yesterday this was the earliest that I could throw something together.

I was surprised at the low number of Redskins fans on the plane (3). Maybe they got here earlier as we took an afternoon flight. When we landed, there was not much Rams anything or anyone in sight, no heckling being done even with my wife and I in full gear.


We went to a local restaurant and the bartender asked if we came to see the Rams lose. My response was "God willing". He then said nothing else. The morale in this city is pretty low, and we hoped to see more action at the casino.

We arrived at Lumiere Place around 11 pm. I see one family who said that they flew in from Maryland to see the game. So, I'm sitting at the BlackjackSwitch table (very cool game) and a dealer looks at me and says: "What's with the Redskins gear?" I tell him that I was in town for the game. He then says "Really? I bet my friend 20 bucks that it was an away game I had no idea that it was a home game. " I said to him that the game was the next day. He said that no one talks about the Rams. I was a little shocked but didn't really pay it any mind. After a few hours, we headed to another casino called, River City. Where it was more of the same - no Rams gear anywhere in sight.

A Redskin fan here or there and no general feel of an upcoming football game. Later on I'm sitting at a table and once again I'm asked why am I in a "Redskins shirt." I educated the guy that I am a Redskins fan. He then asked me "Why are you here?" I responded sarcastically "I heard that St. Louis was nice this time of year." He knew that I was bullshitting him so he asked me again. I then reminded him of the football game and asked if anyone in the city knew of the game because no one seems to know about it. His response was that St. Louis was a baseball town and nobody cared about the Rams anymore.

A funny side note was after that conversation. The guy next to me at the blackjack table asked me if I played for the Redskins. My response was "Would I be here with this beer and double shot of bourbon if I had a game the next day." He then told me that in the Rams heyday (1999 or so), that you would see Marshall Faulk and Isaac Bruce in casino the night before the game all the time.

After last call at the casino (who knew) I had probably the worse conversation of my life. An excited dealer wanting to trash talk says to me "You're in Rams country, you shouldn't be wearing that shirt around here. " I told him that I'm from DC and I flew in just for the game. His exact Words were "DC!? I thought it was Washington State!" I asked him if he was fucking kidding me, but he was very serious. He then told me like everyone else that St. Louis was baseball town and that no one cares about the Rams. After this and a bummer of a hand which I split 2 hands three times only watch the dealer draw to 21, I decided to call it a night.

The weather sucked (60 degrees overcast windy), so my wife and I decided to skip the Extreme Skins tailgate (sorry guys) and go to Burger Bar in Lumiere. At the bar was about 8 Redskins fans. We were joking about taking over the city for the weekend; however, they were from St. Louis (used to live in Bethesda) but still excited for the game. The manager didn't know what NFL Sunday Ticket was and didn't know what games they were showing. After several minutes of asking around, we were watching the Giants fall apart and the Dallas game while we waited to cross the street to the stadium. After several Bloody Mary-Sues (bloody Mary made with Bourbon invented by myself and another bartender) we decided to head to the stadium early and watch the 4th quarter of the early games there assuming they had a bar or something there. We walked over and they did us one better with Red zone playing on the jumbo-tron while the players warmed up, which was pretty cool. So we sat there for a minute and watched the players warm up and decided to grab some beers before the game starts. 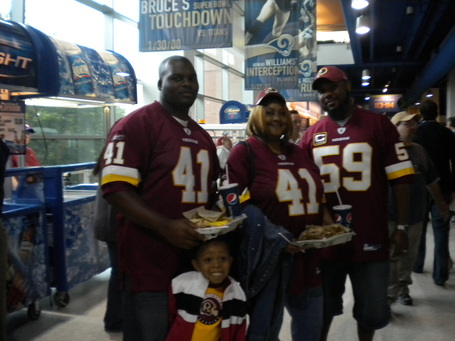 As we were walking, I see two people in authentic Kareem Moore jerseys - that's when I tell my wife that they have to know him because nobody has a Kareem Moore jersey. So we walk over and it's his brother, mother, wife and son who came from Tennessee to see the game. I told them (both were really nice) that if he was playing the week before (Houston) that maybe we could of won. They agreed and after we tried to get everyone in for pictures we went our ways and headed to the game. Right before the national anthem some female taps my shoulder and asks me if London Fletcher was still on the team. I told her he was a Captain on the team and she was shocked, saying "I thought he stopped playing a long time ago!" -shocker

We looked pretty bad the whole game. A few things I noticed was Derrick Dockery on the sidelines next to Chris Samuels joking around doing nothing, and I was wondering why he wasn't in the game. I also noticed Moss sucking down air at an oxygen tanks several times and was wondering about his conditioning. Also I've never seen a player get avoided on the sidelines like Albert Haynesworth. I mean I don't understand how a coach wouldn't walk up and give him any type of advice or tips during the game, pat on the butt, or anything. No players or anyone said anything to him the whole game. It looked like the team was totally unprepared for the game to go along with no emotion - they just didn't care.

All in all St. Louis is truly a Baseball town, I've herd over and over how if the Cardinals were playing that the city would be so "alive." No one there cares about the game which makes it more upsetting because most Redskins fans are passionate about the team and feels more upset about the loss than Rams fans are after a win. 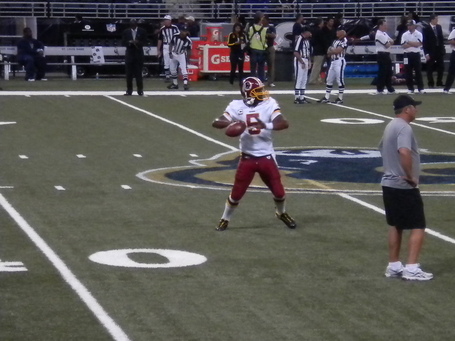 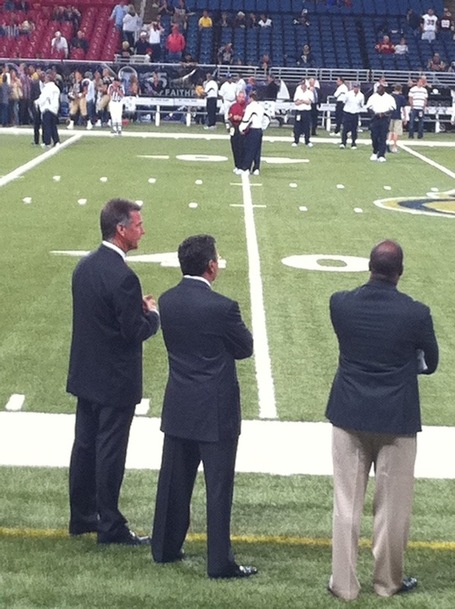 And the Bloody Mary-Sue 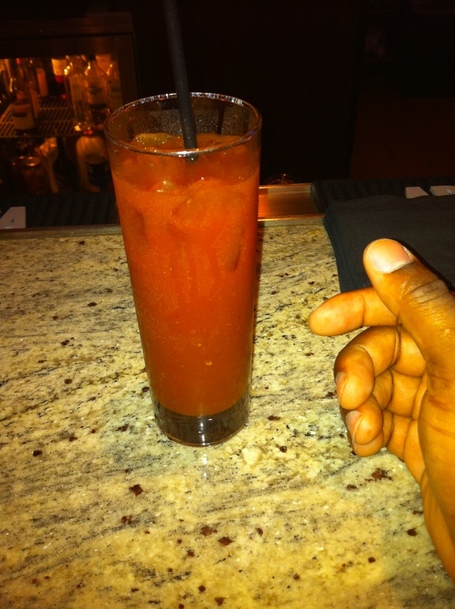