SB Nation was able to pass along 2 club level tickets like they did for the pre-season games (45-yard line), so same rules apply this week. Add your caption for this Orakpo photo to the comments below, whichever caption has the most "Rec" votes (which is the same as a "Like" for Facebook - click 'Actions' next to the comment then 'Rec')...wins them. If you're a Texans' fan, you cannot win them. Seriously. There will be a short quiz before hand-over to ensure this. I'd rather rip em up then hand em over to opposing fans.

Winner (and anyone) is also welcome to come by our tailgate in the F lot. Contest will end at 10pm tonight. Have at it. 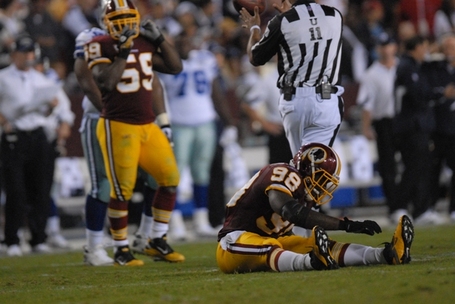 (Special thanks to Brian Murphy (Homer McFanboy) for letting us dip into his awesome, weekly Redskins photos collection).

This is probably a good time to plug our t-shirts as well (it's been months).....pick one up already. McNabb one is only $16.25 including shipping. 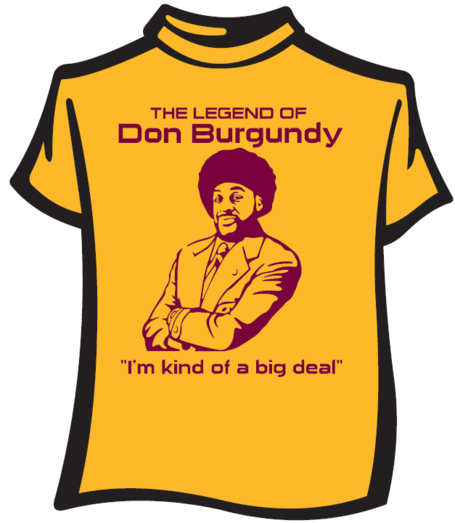 And my go to...which has gotten a lot of love at Fedex so far... 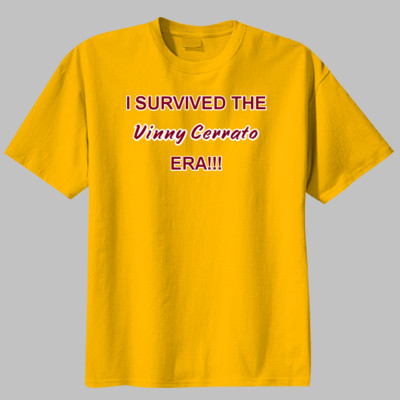 A lot more in the store as well....Sean Taylor ones all proceeds go to his charity.