Last night SB Nation was able to hook us up with a Media pass to the 2010 Sneaker Ball, so l headed over in my tux and Redskins hat to join the action. For those that don't know what Sneaker Ball (7 years running) is all about:

SneakerBall is the only black tie and sneakers gala that annually celebrates the best of sports in the Greater Washington D.C. region. The event is organized to benefit the Greater Washington Sports Alliance Foundation, which is made up of six local charities and creates avenues for corporate philanthropy to enhance the region's youth sports programs and facilities.

Players in bold I have video interviews with after the jump along with a slew of pictures from the night....

Brooks Laich talks about Redskins and every team going through tough times.

Miss DC 2009, Jen Corey, is the newest member/fan to join Redskins Nation. She drops the "b" word, which I know a lot of you won't like. So, here's some pictures from her 2009 pageant to deal with that. Jen was fun to talk with so hopefully we can get her involved in a weekly Q&A. Since she's now going to every home game, I guess the Miss Fedex 2010 competition is over. Congrats, Jen!

Andray sporting burgundy threads, and he had the burgundy Chucks to match. He said it was for the Redskins. I asked and he attended his first game last year. Gotta love the cross-sports love. 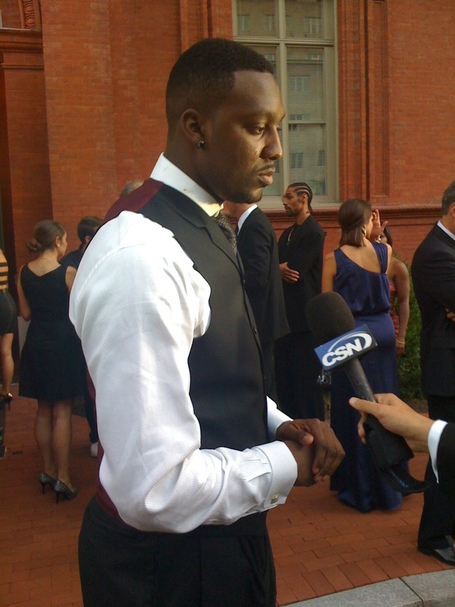 Lorenzo Alexander and Rocky McIntosh arrive with their wives. 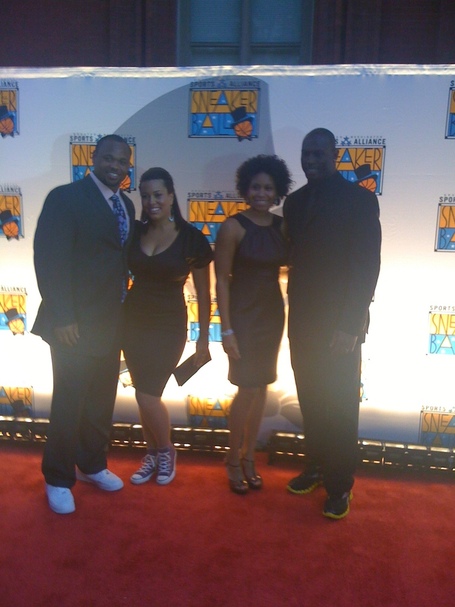 Capitals TV interviews Laich and Backstrom. I had the chance to talk to Nick and I asked if he was going to make it to any games this year.

"I was at the Dallas game Sunday night," Nick said. I then got into the discussion how he likes American Football compared to the European rugby leagues which are much more fast-paced. He said he sincerely loves american football and plans on attending more games. I should have asked if he has any skills as a WR. 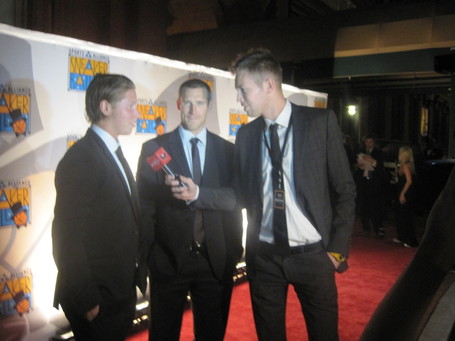 Award ceremony shot. London Fletcher won Best Character Award (he was not in attendance to claim it). I didn't catch all the nominees he was up against, but I recall Mike Green was the one for the Capitals. 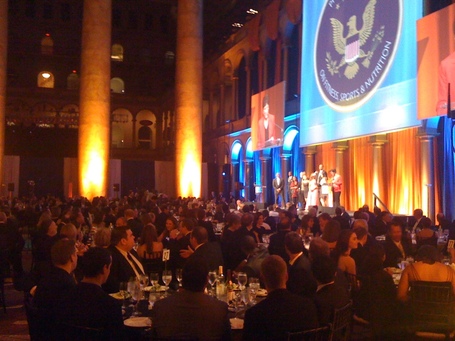 Here's a shot of the open bar after party. A lot of the cheerleaders (girl crews) for the Redskins, Wizards, Nats were there - as were a bunch of players for the DC Freedom (DC womens soccer team). There was certainly no shortage of hotties. 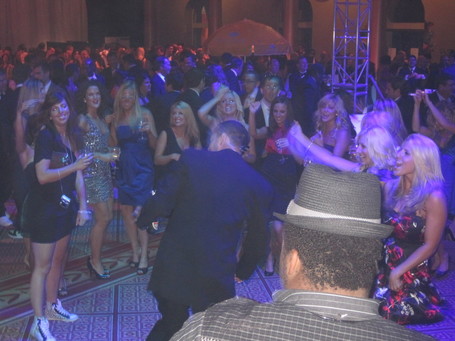