Share All sharing options for: Introducing: The Folsom Point 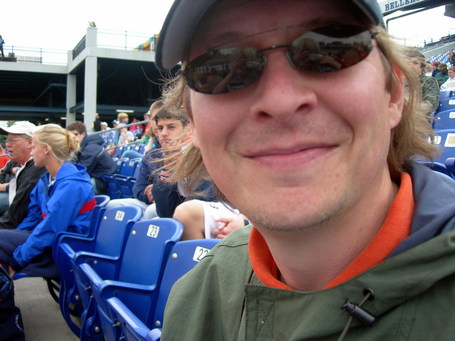 tings Hogs Haveners, allow me to reintroduce myself, I am Ben Folsom, editor of The Curly R and I invite you to join me for a new regular Tuesday Hogs Haven feature called The Folsom Point wherein we examine a particular issue related to the Redskins and what it means in the much bigger picture of an organization struggling to recapture an NFL greatness that seemed so effortless for more than a decade.

Occasionally it will get ugly. Sometimes we will an fanboy. Always our goal is a better Redskins team.

The bona fides: Lifelong Redskins fan, dad converted in 1973, three year old Ben was watching George Allen and Billy Kilmer and Sonny Jurgenson and Larry Brown in a diaper, I can still hear the old man yelling at the TV. In 2006 I debuted The Curly R (op. cit.), a blog dedicated to chronicling the life and times of my only team with commentary, analysis and a big shot of Redskins history. Four years, three coaches and nearly one thousand three hundred published pieces later and Curly R is still my principal football outlet.

Ben Folsom trivia: there are only two games a year I am guaranteed to attend, the Eagles-Redskins games, I have been to 21 of the past 22 played anywhere and 19 in a row, in all of Donovan McNabb's years in Philadelphia I only missed one game he played against the Redskins, in 2000. By the way in case that was not clear it was me in the diaper, not Larry Brown.

Looking forward to spending 2010 with the Hogs Haven community, see you Tuesday.