Don Warren, released from the team's scouting department, said he has been hired by the Carolina Panthers as a pro scout. [CSN]

"You know that stuff receivers use on their hands, Stickum? Well, Pat chews it,"

Jammal Brown: "I've always been a Hog, man. It's time to get in there, get physical, that's just my style of play." [Redskins Blog] 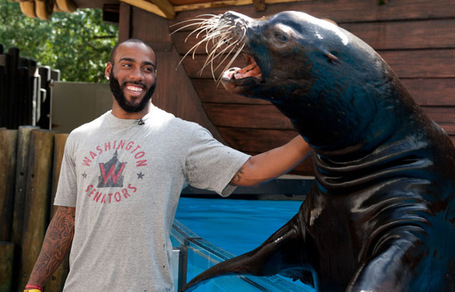