Update 2: Regarding the club-level standing room only, it is a test concept that is not for sale to the general public. More information will come out shortly, but it is not part of the "Loud Crowd" section that I suspected (and the Redskins had sent out a generic email about). We'll likely learn more in the next few weeks what the full details and amenities are. It's clear they're still a work in progress.

Update: Standing room only added behind scoreboards (picture after jump).

Well, the new jumbotrons are ready for action. From my understanding, the Redskins band will be moved above the scoreboard. It's nice to have video screens that aren't the size of a Watchman anymore. Welcome to the 21st century Redskins! More pictures after the jump... 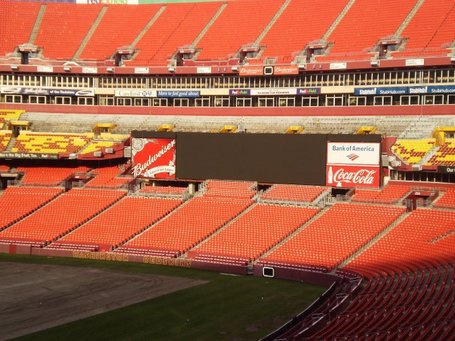 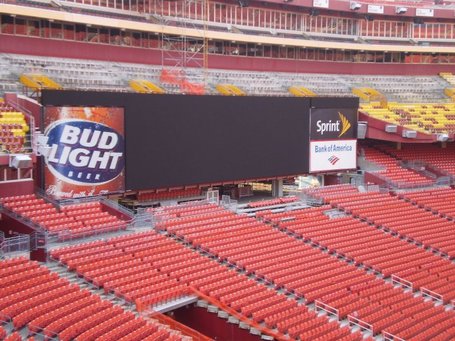 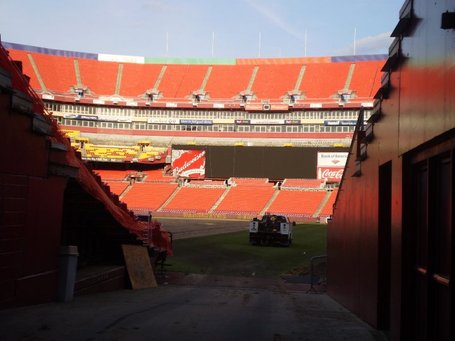 Hat Tip to Michael Barnwell for the pictures, who shot them earlier this month in the Club level event with Bruce Allen.

I posted the first standing room picture in the comments below, here are some more: 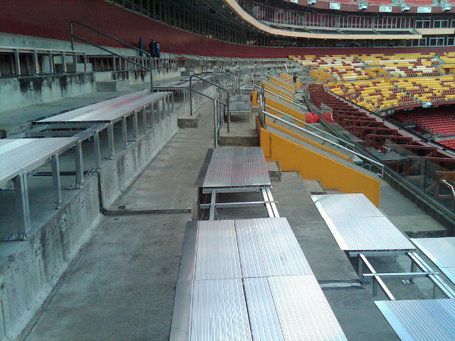 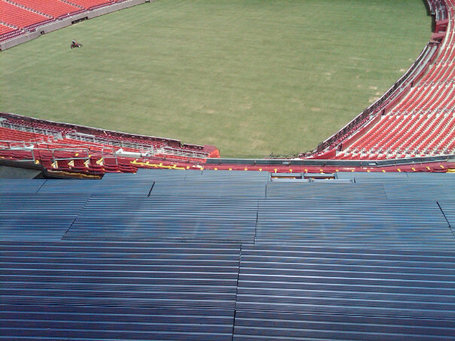