Share All sharing options for: 110 Players Reporting to Redskins Minicamp

As announced previously in this space, XFINITY from Comcast has generously agreed to support the best NFL community around -- us! As part of that effort, between now and the end of the 2010 NFL season XFINITY will be sponsoring a variety of special editorial and interactive features on our site.

Rick Maese of the Washington Post painted the scene for what will be a packed house at Redskins Park' first, true minicamp.

"It's probably the most I've seen since I've been here," center Casey Rabach said of the crammed locker room. "It's going to be full and busy." ... There may be 100-plus players in attendance but the team can only carry 80 on its roster. Currently, only 75 players are under contract for this season.

Rocky and Carlos will hopefully take two more of those spots. Phillip Daniels had his knee scoped, so he will be in attendance but not participating in full drills. Having attended one of these practices last year, it's almost impossible to learn anything from the players. When a player knows they won't get hit, it makes things a lot easier. At the same time, it does weed those players out who can't do the simple things. The Redskins have a ton of holes, so they've obviously maxed out as many players as they could to try and find that gem. I'm looking forward to our talk with John Keim next week to get some more info.

The Redskins have hired a new scout to replace part of the holes from the firings of Don Warren and Russ Bolinger. Richard Mann II was hired previously in Tampa Bay by Bruce Allen, so he has familiarity with him there.

I think the most interesting piece of news this week is the uniforms. Both the Eagles and Redskins appear as if they'll be switching back to the retros for some home games.

The Eagles will be wearing their "kelly green," which undoubetdly looks better than anything they've sported before. As Matt Terl blogged, Bruce Allen wants to return the Redskins' unis to the glory days from his old man and sport the gold pants. I like it....do you? 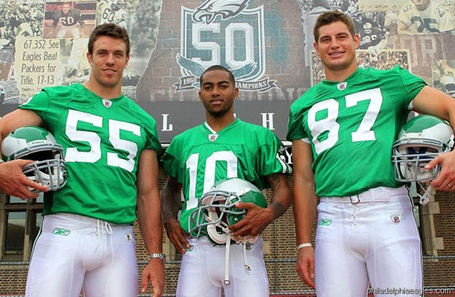 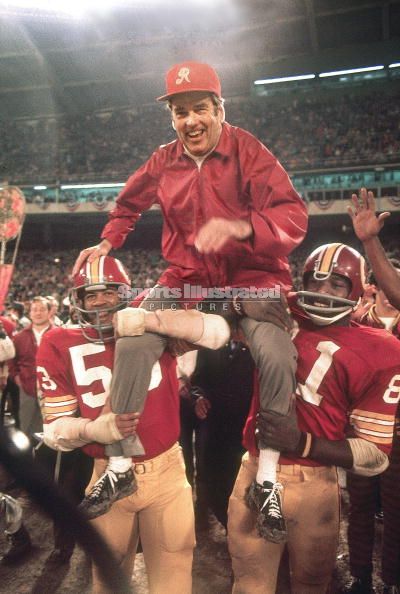 XFINITY from Comcast is a proud supporter of Hogs Haven. You'll get your Redskins games as a part of over 120 NFL games XFINITY provides in HD, as well as On Demand game recaps from every NFL game every week, faster Internet speeds, and stunning HD. With XFINITY and NFL RedZone, you get every touchdown from every game every Sunday afternoon! Call 1-800-XFINITY or visit http://www.xfinity.com.