Pour Some Sugar On Me - 2010 Washington Redskins: Over The Hill Gang Part Deux?

Share All sharing options for: Pour Some Sugar On Me - 2010 Washington Redskins: Over The Hill Gang Part Deux?

I am too young to remember what it was like when George Allen coached the Redskins. I was not even alive. But I have watched the videos a million times. I felt that indefinable thing that people caught from watching and listening to George Allen lead that team...the buzz. I recall the scene in Almost Famous where Jason Lee's character (Jeff) is explaining to William Miller what the buzz is all about, and how "the chicks and the whatever are all offshoots of the buzz." 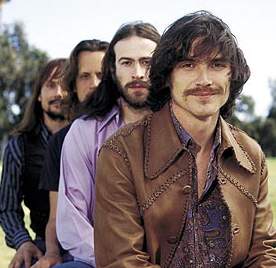 When George Allen took the team to the playoffs in 1971, it was the first time the franchise had been there since 1945! (Wikipedia entry for George Allen). He made the D.C. team immediately relevant and there was a decided buzz in town. His two-a-day practices and famous motivational style produced a winning product on the field, but his tendency to mortgage the future to win now sparked more than a little controversy. In fact, even though Allen was the most successful coach in Los Angeles Rams history before he came to Washington, it was largely assumed that his tendency to trade away draft picks and young, raw players for veterans did not sit well with the owner, leading to his dismissal.

George Allen brought the same philosophy to Washington, assembling a group of veteran players that were known in the NFL for their hard work and camaraderie. "The Future Is Now" was his slogan and his ragtag group of older players made the playoffs in five of Allen's seven years, with the 1972 Super Bowl the farthest they ever made it. The "Over the Hill Gang" captured the hearts and minds of casual NFL fans around the country but failed to capture a championship. Once again, Allen seemed to find himself at odds with an NFL owner (this time Skins owner Edward Bennett Williams), leaving the cupboard rather bare for rebuilding the team through the draft, and Allen was not brought back for the 1978 season.

Looking back at the George Allen era, it was clear that he had found a formula for winning. What is not so clear is how sustainable that formula is over the long haul. Edward Bennett Williams famously said of George Allen, "George was given an unlimited budget and he exceeded it." Even then it was a commonly-held belief that you had to build franchises through the draft and develop young players. But from time to time, we see franchises bone up on veterans and make runs at championships, such as the Raiders in 2003 behind Rich Gannon.

More often than not though, we see teams getting to the promised land on the strength of home-grown talent, making shrewd selections in the draft and prioritizing the needs of the team over individual players.

While it remains to be seen if Bruce Allen and Mike Shanahan intend to fully channel George Allen's "The Future is Now" mantra, current events lead us to believe it is at least a factor in their decision-making. What may have seemed to most fans like an opportunity to "blow it up" and start over has transmogrified into a bit of a hybrid approach to rebuilding.

Mike Shanahan clearly has a lot of confidence in his ability to coach in the NFL. I think it would be fair to say he is back in the league for an extended stay, and I am sure he hopes it is with this franchise. One could argue he would be given a lot of leeway and patience to rebuild this roster with youth and inexperience. Surely Snyder would lay off the trigger if we suffered through a rebuilding year or two with Shanahan at the helm, right?

I guess we aren't meant to know the answer to that question. Our stable of running backs, once predicted to consist of Clinton Portis and a rookie stud, now consists of Clinton Portis and TWO aging veterans. We just brought in a 33-year old quarterback to take over the spot from our former 1st-round draft choice that MIGHT have a future in this league. It remains to be seen whether Bruce Allen and Mike Shanahan will move on some of the other veterans out there who are available at positions of need for us, most notably Flozell Adams and perhaps even Darren Sharper. The trade for Don Burgundy holds a ton of merit, but at the end of the day you still have to acknowledge that with the 2nd round pick in the 2010 draft, we selected an 11-year veteran with a few good years left (hopefully) instead of a player that could give us all 15 years of his potential career.

I think what we will get this season is a kind of back-door rebuilding process. One thing Donovan McNabb will do for this Redskins team is help us find out--very fast--what we have in Devin Thomas and Malcolm Kelly...perhaps even Marko Mitchell and Fred Davis to some degree. He will help keep our defense out of at least a few of the horrible games where the offense was capable of giving them 3 plays at a time on the sideline before punting. This will give us some early feedback on the new Haslett defense and the personnel he employs. In the coming seasons though, the question looms: Will Allen and Shanahan fill the resulting holes with proven older veterans, or start to look more and more to the draft?

I think Shanahan is keeping the needs of the team front and center, which is evident in his stance on Haynesworth. Unlike offseasons of the past, the additions we have made thus far this offseason don't smack of the "we can afford anything we want, so let's go and get the shiniest toys available." The deliberation and calculation that has seemed inherent in some of our moves lies in stark contrast to previous offseasons where the approach seemed to consist of little more than driving dump trucks filled with money to free agent's homes.

I don't think we have mortgaged our future just yet...after all, we can still probably recoup some picks with a few trades between now and the draft. I would rather be sitting in the Eagles situation to be frank--loaded with young players and 20 draft picks in the next two years. I think that would be a better spot for a team in our position. But the truth of the matter is you can win in this league by building your team with veterans and experience. If Bruce Allen decides to go that route, and gives Mike Shanahan an older core of players to work with and trust on the field, is it possible we could recapture the buzz from a bygone era? We shall see.