Share All sharing options for: Weekly Updates on the Redskins NFC East Foes; Cowboys Might Draft Another Roy Williams

NFC East has been relatively quiet the last couple weeks, but the jockeying is beginning.

- Looks like the Eagles are hoarding draft picks. They've got a deal in place with Cleveland to dump trade Sheldon Brown and Chris Gocong for some draft picks and possibly a backup. Getting a couple more mid-round picks would put PHI in a better chance to move up. This just made me think, when's the last time the Redskins have traded a roster player for a draft pick? Charley Casserly era?

"Joe's superb foresight both on and off the football field has been a key driving force for the team's achievements," said Eagles Chairman and CEO, Jeffrey Lurie.

I guess this is a no brainer, but this signing ensures the Eagles will continue to be a top contender that never wins a Super Bowl. It was obvious to everyone BUT Joe Banner that if they had given McNabb some stud WRs they probably would have won two Super Bowls. McNabb era is now likely over. To Mediocrity and Beyond!!!!

- The Redskins aren't the only team with OL problems. The Eagles lost Center Jamaal Jackson to an ACL injury at the end of last year and his timeline for recovery isn't until week 1 at best. Nick Cole, a decent Guard, struggled mightily and was a main reason for the Eagles downward spiral last year.

The only two interior linemen in the draft who are considered capable of stepping and starting right away at center are Maurkice Pouncey, of Florida; and Mike Iupati, of Idaho. Both are projected first-rounders. [Philly.com]

The Eagles have a few holes, so it'll be interesting to see what they do draft day. Whatever that is, we know how Birds fans will react.

- Philly is apparently not the city of K9 love. Reports show cases of dog-fighting have tripled in PA since Vick signed with the Birds. There are some ludicrous quotes by the DogPAC in that article, including outright blaming the rise of mutt matches to Vick. Is Tom Hanks to blame for the rise in gays for his movie, Philadelphia? It was always there. Why are animal rights activists so over the top fanatic that their brain no longer can compute basic logic?

- The Cowboys surprisingly just cut Ken Hamlin and Flozell Adams...roster bonuses had a play in that. That leaves a hole at safety and LT. Both certainly can still play but are injury prone.

- The Cowboys are taking a hard look at Dez Bryant, the WR from OSU, which appears to be a clone of current WR Roy Williams given his skills but questionable attention for learning the game. You think Roy is still loved in Dallas? Check out this quote from the under-achieving WR:

"My biggest disappointment is not being able to help the team," Williams said. "I felt like I didn't do anything last year. I dropped balls and what not. I didn't think my name would be on top of the drop list ever in my life...Of course if I throw to a guy in the game and he is tripping by not catching the ball I would lose confidence in him, too," Williams said, per the Star-Telegram. "[Romo] won't say it publicly, but what quarterback wouldn't lose trust? I'm going to try to get in good with him and be his buddy.

"I know what type of player I am, and so does Jerry and Wade. It just hasn't worked out. But it's going to have to work out. I don't know how many fans I've got left. I know they've fallen off the Roy Williams bandwagon.They need to jump back on because it's going to work out."

Who's buying this? You have one of the best QBs and RB tandems in the league and you can't thrive in that? Good luck in Oakland next year. The Cowboys remind me of the 2000s Eagles - drafting and bringing in all these WRs that just aren't working out....T.O. the obvious example there.  Vegas has Dallas the favorite to win the NFC despite all this.

As for Roy Williams, he is that girlfriend you're still dating though you know it's over but you just can't end it. You already dropped the $1500 for that trip you planned, so might as well stick it though that before dumping her. It doesn't hurt to hit on some eye candy along the way....Dez Bryant. 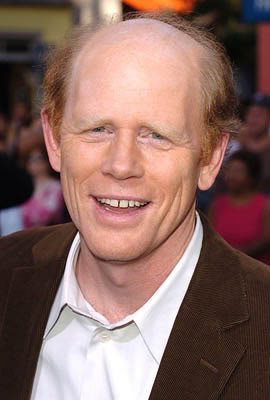 - Big Blue is having their typical under-the-radar off-season. They just signed Jeff Feagles back for this 23rd season. Unbelievable. Were they even wearing helmets when he started? This is the best picture I could find of him.

- Last week I mentioned the Giants were in trouble with Kenny Phillips' rehabbing knee, well, they just signed Safety Deon Grant, who's played for Carolina, Seattle, and Jacksonville. For this reason, the Giants withdrew their tender to CC Brown. Deon is not an upgrade, but he's never missed a start in his life, so that bodes well for backing up Kenny Phillips. Kenny has still not been cleared to run since his surgery in September by Dr. James Andrews (who else). It's not your normal ACL injury, though. Kenny has a degenerate condition called "patellofemoral arthritis" - an erosion (a hole essentially) of the cartilage between the kneecap and the femur.

- As for the Giants draft rumors, two names come up regularly among all the blogs and news sites: Rolando McClain and a trade up for CJ Spiller. Personally, I don't want to see either of these guys in the NFC East unless they're in Ashburn, which given our few picks and huge OL needs, has the same probability of Vinny Cerrato winning US Weekly's Hottest Man of the Year.

Imagine if Zorn managed to go 8-8 last year and Cerrato was still at the helm. There would be a 100% chance the Redskins draft Clausen and a 100% chance they fill the LT hole with this guy. 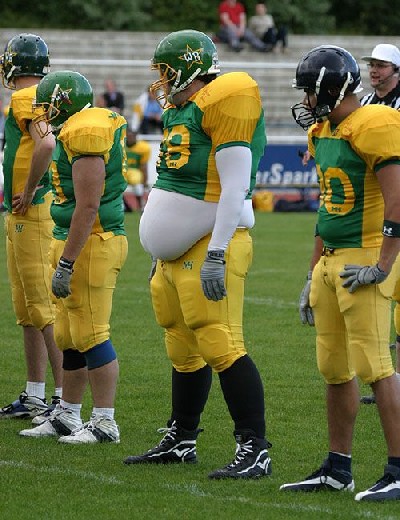