All eyes on Rocky and Carlos to sign their tenders [WaPost]

NFL schedule will be announced Tuesday, 4/20 at 7pm [espn]
Troy Aikman stated the Skins Cowboys will be hosting the Cowboys week 1. Anyone's guess on that, but I'd love to see a Dallas/Washington Thanksgiving Day game. Expect a lot of prime time games with the McNabb and Shanahan storylines.

Brett Favre gives his teammates a gift...glorious Wrangler jeans [nfl.com]
Yea, Wrangler jeans are awesome. Straight to the trash. Not only that, it's a dick move. His teammates are busting their asses in OTAs and Favre sends them these jeans. Seems almost like a taunt "thinking of you while I'm chilling in Mississippi.' Send Rolexs next time, Brett.

Jerry Jones blasts Parcells & Tim Tebow in drunken fashion [Yahoo]
If you haven't seen that video, you must. Great entertainment. As much as I dislike Jerry's public image, he moved up a few notches with this clip. Getting a beer with him would be a good time.

Jeff Garcia open to returning to PHI [espn]
Jeff accepts he's a mentor role. Why not? Collect a check and hang with your Playboy model wife.

And the best Redskins hat ever.... 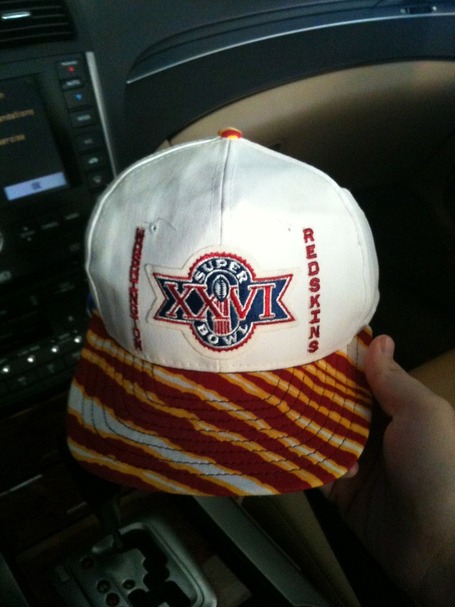