2010 NFL Draft QB Depth - Who Do You Think the Redskins Should Take In the Middle of the Draft?

Share All sharing options for: 2010 NFL Draft QB Depth - Who Do You Think the Redskins Should Take In the Middle of the Draft?

Here's hoping we don't use our #4 overall on a signal-caller...but we have trampled this topic lately.

I know we have been talking about this ad nauseam, but I thought a good topic to toss out there on this Monday morning is:

Which of the mediocre "best of the rest" quarterbacks do you think the Redskins could bring in this year with a middle-round draft pick and turn into a starter?

Everyone knows who I like: Dan LeFevour. His Pro Day was last week and all accounts seem to point to average arm strength, average footwork and average accuracy. This is good news and bad news in my opinion. On the heels of his performance at the Senior Bowl, LeFevour seemed to be poised to be "the guy" who could make a case to be the 3rd or 4th best quarterback in the draft. It was a risky move to decline to throw the ball at the Combine, and it looks like that decision will ultimately cost him, as his Pro Day failed to blow up many skirts among NFL GM's. The good news for us is that he might slip a round or two to the 4th or 5th where he may very well belong. The bad news is that he might be more of a project than I originally thought. I am going to stay in his camp for the time being, but I am making myself available to be swayed to one of the other guys by the Hogs Haven experts. 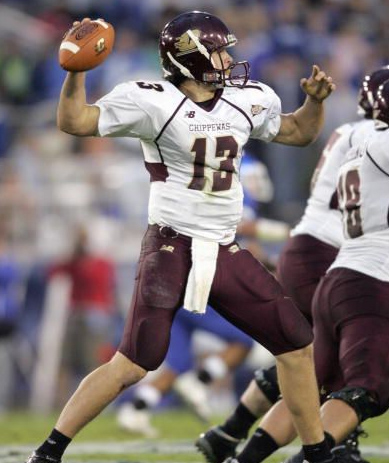 Let's hear your best case for: Tony Pike, Jarrett Brown, John Skelton, Jevan Snead, Zac Robinson, and I guess even Colt McCoy. Feel free to add your own guy into the mix. One thing is clear to me: the order these guys come off the board in this year's draft will have more to do with the personal preferences of coordinators and position coaches around the league than the actual or perceived skill levels of each player.