Pour Some Sugar On Me - Redskins Memories Gone Hollywood

Share All sharing options for: Pour Some Sugar On Me - Redskins Memories Gone Hollywood

Long after the final whistle blew on the last NCAA tournament game Saturday night, I was flipping through the channels and came across one of my all-time favorite movies, Patton. If there is a man or woman out there among you who has not seen this movie, do yourself a favor and watch it immediately. It is not only one of the best war movies ever made, it also features one of the greatest original badasses. Patton is not a short movie, but I have a hard time turning it off once I have watched a few minutes. I clicked over right during the scene where Patton meets Rommel on the battlefield and is completely ready for him, defeating the German tank commander through superior tactics and preparation. Looking though his field binoculars, Patton yells, "Rommel!!...you magnificent bastard, I read your book!!" At that moment, my mind decided all by itself to conjure images of Joe Gibbs' return to the sideline. I recalled how every coach in the league seemed to know exactly what Gibbs was doing on the field, and how most defenses always seemed to be perfectly set up to stuff Gibbs' offense. That got me wondering...how many great movie quotes from some of my favorite flicks bring to mind very specific thoughts, memories, and images of my life and times as a Redskins fan? 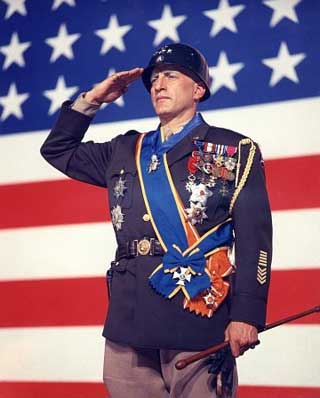 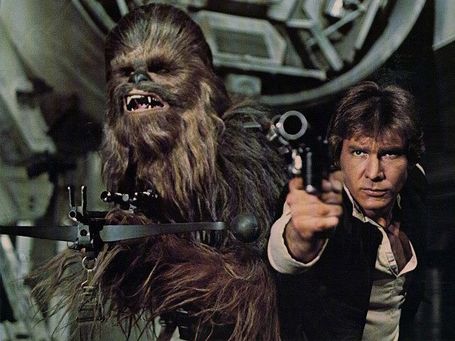 1) Han Solo, Star Wars, "I have a bad feeling about this." OK...so this could be a lot of times for us all in the last decade or so. But when I hear this line, I have a very specific memory. It was right after the bye week in 2008. Jim Zorn had miraculously led our team to a 6-2 record that included wins on the road against both Dallas and Philadelphia. Talking heads on ESPN and the NFL Network were heaping praise on Jason Campbell for his performance in the first half of the season, even calling him an MVP candidate. It was Monday Night Football and the terrible towels were on display. You all remember this game. We lost to the Steelers 23-6. At the end of that game, we were 6-3, but how many of us left that night thinking we were as good as our record? I remember looking at the schedule thinking, "There are three or four defenses that can do exactly what the Steelers did against us...and our offense got EXPOSED." At that point I think it is safe to say we all had a very bad feeling about where the team was going for the rest of the year.

2) John Winger, Stripes, "My philosophy: a hundred-dollar shine on a three-dollar pair of shoes." Wow...does this hit home or what? I love the line, and Bill Murray in Stripes is simply amazing Bill Murray. I use the line occasionally, but when writing this piece, I had to drag it out. The zeroes at the end of our payroll for quite some time have misled many into thinking our three-dollar pair of shoes was capable of living up to the hype we regularly bought into-and I am squarely to blame in that department. The good news is that less effort is being put into the shine and more is being invested in the shoe these days. Bruce Allen and Mike Shanahan will prove (hopefully) that the only shine that matters comes from the win-loss record.

3) Mr. Brady (customer) talking to David Spade's character in Tommy Boy, "But I'm going to be honest with you. I don't like you, probably never will. You're a smug unhappy little man and you treat people like they were idiots." I'll let you all draw your own conclusions on this one...for the record I think he's trying guys.

4) General Patton, Patton, "I love it. God help me I do so love it. I love it more than my life." In the scene where Omar Bradley is blasting General Patton for his perceived enjoyment in the deployment of men into very risky and downright dangerous scenarios, Bradley says he does the job he is trained to do and Patton does the job because he loves it. Later, Patton utters a line that seems to address this sentiment when he says the above quote. This kind of embodies the spirit of Sean Taylor and what he was starting to get done in his career. He was certainly trained to be a football player, but he was starting to really love everything about it-from the game study to the violence to the execution of Gregg Williams' defense. Not everybody in this league truly loves football. There are plenty of guys who are in the league because they are capable athletes, trained to be skilled at certain jobs in the league, happy to collect the absurd pay for the gig. Sean Taylor struck me as a guy who was beginning to get in touch with his love of the sport, and it was beginning to show up on Sundays.

5) Harry Dunne, to Lloyd Christmas, in Dumb and Dumber, "Just when I thought you couldn't possibly be any dumber, you go and do something like this...and totally redeem yourself!" This has Spurrier era written all over it. How many moves did we make that seemed to compound themselves into a ready-made catastrophe? From Spurrier's pass protection-less passing offense, to Trung Canidate, to the "cheap and available" wide receivers, to the employment of Danny Wuerffel, to the reveling in preseason victories...oh God, I just vomited in my mouth. I can just see Spurrier and Cerrato (yes, I'm leaving Snyder out of this for a second) patting themselves on the back after constructing the nightmare that was the Spurrier era.

6) Peter Gibbons talking to the two Bob's in Office Space: "...I have eight different bosses right now...Eight. So that means that when I make a mistake, I have eight different people coming by to tell me about it. That's my only real motivation is not to be hassled, that and the fear of losing my job. But you know, Bob, that will only make someone work just hard enough not to get fired." Yeah, the Jim Zorn experience last season got me thinking Office Space. The weekly debate over who was in charge, who was talking to who and how the operation was actually being managed was tiresome and laughable.

7) Forensics investigator in the movie Road Trip, "If I had to guess, I'd say somebody was raped and murdered here..." I watched this movie maybe 26,784 times after it came out on DVD. And every time this guy said this line, I laughed. Then October 28, 2007 happened. All of a sudden, the line had new meaning. On that day, the New England Patriots scored 52 points against the Skins, amassing 486 total yards of offense, 34 first downs, and forcing 4 turnovers. We scored our touchdown late in the 4th quarter after we were already down 52-0. You read that box score and tell me if this line is still funny. OK...it is still funny, but it certainly sums up that game.

8) Jeremy Grey, to Gloria in Wedding Crashers, "Do you know what that awareness is, Gloria? That we're all one. That separateness is an illusion, and I'm one with everyone-with the Prime Minister of England, and my cousin Harry, you and me, the fat kid from ‘What's Happening," the Olsen Twins, Natalie Portman, the guy who wrote ‘Catcher in the Rye', Nat King Cole, Carrot Top, Jay-Z, Weird Al Yankovic, Harry Potter, if he existed, the whore on the street corner, your mother. We're all one." There was a game I went to where FedEx was full to capacity and it seemed like there were almost no fans from the other team in attendance. It was December 18, 2005 and it was against the Cowgirls. Now, sure there were some Dallas fans in attendance, but on that day, it did not feel like it. With each Chris Cooley touchdown, the feel-good vibe that was dominating the stadium grew. We won 35-7, en route to a playoff berth. People were literally walking around the concourse hugging each other and celebrating like we were all at...well, a really fun wedding (minus the formal attire.) I wonder if this would be a good quote to throw up on the big screen during games to get fans riled up...maybe.

9) Beanie in Old School, "You think I like avoiding my wife and kids to hang out with nineteen year old girls every day?" When Ben Roethlisberger gets married, this is what he'll eventually say to someone. Too soon?

10) Brian Fontana, to Ron Burgundy in Anchorman, "They've done studies you know. 60% of the time it works, every time." I always like to imagine this being Zorn's explanation for running the swinging gate after the Giants took a timeout to prepare for that play. Makes no sense...which is why it was so great when Devin Thomas told Kevin that Shanahan was shocked when watching game film of the previous season, saying things like, "You actually ran that??!!"

Would love to see some of your submissions for this theme in the comments section.