Is There A Draft In Here? Washington Redskins Draft Theory #134,769

Share All sharing options for: Is There A Draft In Here? Washington Redskins Draft Theory #134,769 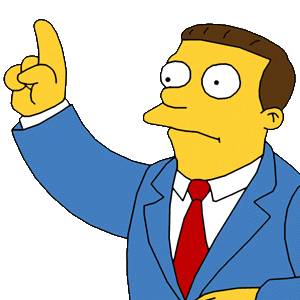 Over the course of the next month and a half, many rumors, scenarios and conspiracy theories will be bandied about involving players, draft picks and franchises around the league. We don't intend to be left out of the fray. With every move made by general managers around the league, the ever-changing landscape produces yet another scintillating possibility for the Washington Redskins. Sure there are going to be reaches...you can bet Kevin is going to roll his eyes and you can rest assured that "professional" journalists will probably stop short of conjuring at least some of these scenarios. But if I learned anything from Lionel Hutz, it is that "Hearsay and conjecture are kinds of evidence."

So let the conjecture and hearsay begin! Today I start with the draft pick loaded Cleveland Browns....

They have built for themselves a battery of quarterbacks to rival what we saw here in 2001, when we had Tony Banks, Jeff George, and Kent Graham. Unlike the 2001 Redskins, I seriously doubt the Browns intend to actually embark upon their 2010 season with their current slate of mediocre signal callers (Jake Delhomme, Seneca Wallace, and Brett Ratliff.)

I have spent way too much time in recent weeks trying to figure out the scenario that would have us dip into that bucket of draft picks they have in Cleveland. I think we finally have the one that makes the most sense, though. For a while, I actually believed the Browns might have interest in Jason Campbell-which isn't to say that trading Jason Campbell is necessarily a priority in my opinion. But the signing of Jake Delhomme in Cleveland satisfies their need for a veteran QB to compete for a starting job or serve as a backup or bridge to a younger player. That player was thought to be Brady Quinn, until they shipped the former Golden Domer off to Denver for a song.

Word on the street is that Mangini and Holmgren covet yet another Golden Domer in Jimmy Clausen. Given the perceived interest out of Seattle for Clausen as well, the Redskins finally have the opportunity they need to try and orchestrate the sought after "Trade Down" scenario everyone loves.

Cleveland's #7 overall, their 7th and 28th picks in the 3rd round and Peyton Hillis

Based on the precious and overused "Trade Value Chart", which has been preventing decent deals from happening for years, the move up from #7 to #4 should cost Cleveland 300 "points." The pair of 3rd rounders more than covers that ground, possibly necessitating the inclusion of our 4th round pick in 2011 to even things out. I am not certain we would need to be the team that evens the equation out since I suspect we could leverage a possible deal with Seattle to keep Cleveland from asking too much.

Enter Peyton Hillis. Mike Shanahan knows Hillis well. He was a two-way player for Shanahan in 2008, playing linebacker and running back, as well as special teams. Hillis seems to be the kind of player who will do anything you ask of him, and on a team that is full of holes, this is the kind of guy we need to have around. If Shanahan liked this guy, he would be a good pickup for our roster. And Cleveland might be willing to use him to seal the deal...who knows?