Earlier this week, the Ed Block Courage awards were awarded in a black-tie event in Baltimore. Phillip Daniels was voted by his teammates as the Redskins representative for all his hard-work and dedication fighting back from his torn ACL in 2008. When Ken and I were at Redskins Park for OTAs last June, Phillip was a clear stand out in the weight room, and I can't think of anyone more deserving. What player at age 37 puts that much work and dedication to rehab?

The Ed Block Courage Award is named in honor of Ed Block, the longtime head athletic trainer of the Baltimore Colts who was a pioneer in his profession and a respected humanitarian.

The Ed Block Courage Award recipient symbolizes professionalism, great strength and dedication.  He is also a community role model.  With this honor, he enters into an association which contrasts his fierce profession by becoming a major component of the Courage House National Support Network for Kids. He becomes an Ambassador of Courage for victims of abuse, violence and neglect.

In what should be a fantastic night, losers with nothing better to do decided to protest Michael Vick outside the ceremony. The guy has served his time and more, and it's my opinion that people who protest this aggressively and this late after the fact lose all credibility in my mind.

More pictures and past winners after the jump....

It is a bit odd that Fred Smoot once won this award since 2 years later he had the love boat scandal. 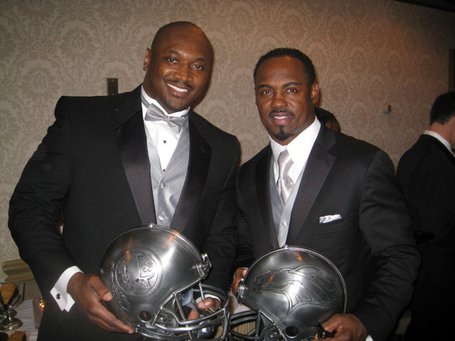 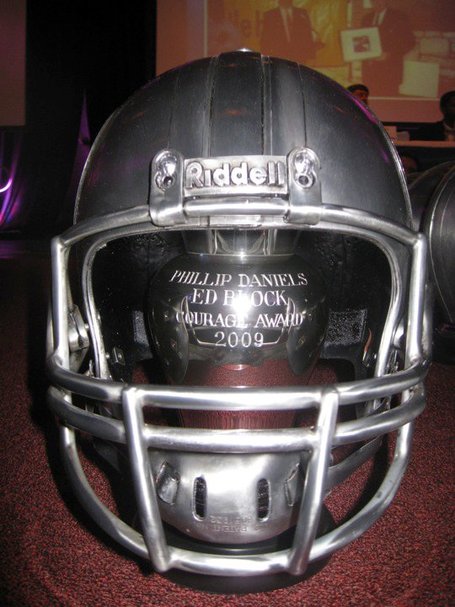 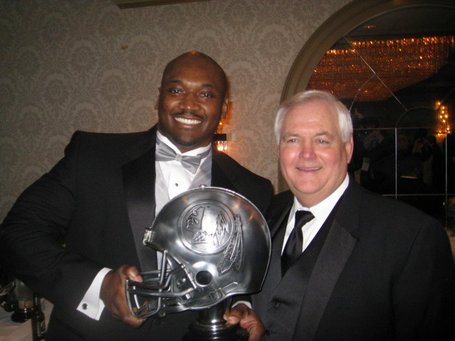 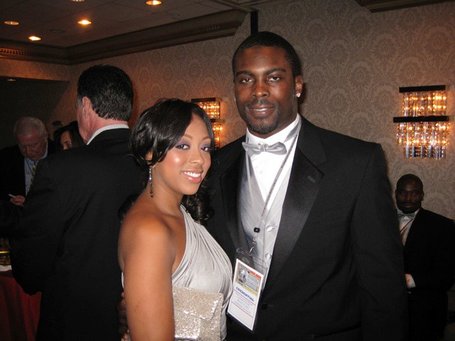 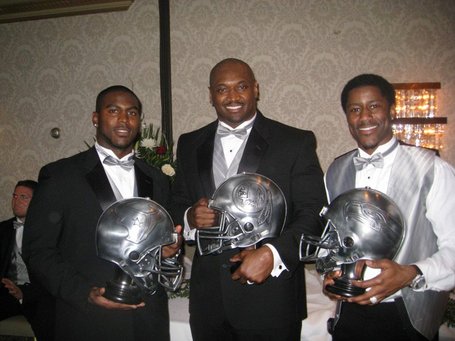 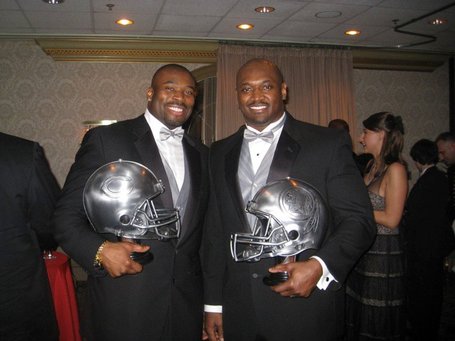 Note: Safeties coach Steve Jackson won the award in 1998 with the Oilers.