Groundhog Day: 5 Redskins Games I Don't Ever Want To Relive

Share All sharing options for: Groundhog Day: 5 Redskins Games I Don't Ever Want To Relive 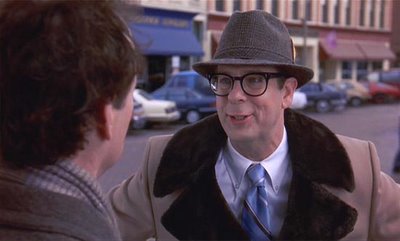 Being February 2nd, I couldn't help but think how much the Redskins 2009 season relates to the infamous movie, and one of my favorites, Groundhog Day. By far the best scene for me is the constant interjection of "PHIIL?!! PHIILL CONNORS??!" ... where Bill Murray immediately decks the guy.

This pretty much sums up my 2009 season as a Redskins fan. Devestating loss after devestating loss and each week opposing fans and my college friends who are NFC East foes fans come at me with the same crap "You lost to Detroit!!!"..."How did you lose that game? You f&ckin suck!"...and 2500 others I'm sure you've heard. If Groundhog Day happened to me, these are the 5 days from last year I'd least want to replay over and over for me:

What I did: Cursed, played more beer pong, and cursed more.
What I would do differently: Same thing but put $1500 on the Lions to cover. My friends and I wanted to bet the Lions but we

2.)   Suisham missing the FG vs the Saints

What I did: Cursed profusely, walked to the Fedex Field bars and drank heavily
What I would do differently: Nothing.

3.)   The botched swinging gate play on MNF vs the Giants

What I did: Leave the game in the middle of the 2nd quarter
What I would do differently: Nothing

4.)   The stunned silence followed by booing with the Chiefs win at Fedex

What I did: Booed.
What I would do differently: I don't know. I am still shocked at that loss and the numbness I felt that day leaving the parking lot.

What I did: Wrote a post blasting Vinny Cerrato.
What I would do differently: Drive to his house and staple it to his front door

- Cooley breaks his foot,
- Romo throws a TD in the final moments at Dallas to win the game 7-6
- News Chris Samuels was out for the year and likely his career at week 5

What about you guys? Any other days stick out as worse?

Image via fundraisingcoach.com, Hat tip to holytaco.com for the post idea