Share All sharing options for: Sprint Game Ball of the Week & Pictures from my Trip to Jerry's World

There's no clear cut winner this week (like most weeks), so here are the nominees:

Rex Grossman: After shaking off the early nerves, he kept the offense humming and his second half flaws were marred by bad drops and poor protection. Three turnovers is certainly a black eye...or pirate eye.

Anthony Armstrong: AA finally broke the 100 yard mark after a few close calls and made a huge grab coming back on a pass that was underthrown. Is it just me or does AA seem to catch better when a defender is draped all over him?

Santana Moss: Tana is now 7th in the league in receptions. He certainly doesn't seem as frustrated as he was last year for not getting the ball.

London Fletcher: Fletch is now 7th in the NFL in tackles and had 11 on Sunday (4 assisted). Fletcher made the crucial, goalline stop on 4th and 1 and helped contribute on a key sack. It wouldn't surprise me if London slept on a bed of nails.

Kevin Ewoldt: (I make my case after the jump including some pictures and stories from my visit to Jerry's World)...

Kevin Ewoldt: Do I get the second consecutive (road) game ball for travelling to watch our beloved Burgundy and Gold lose? I missed most of the first quarter because I couldn't get passed how much this Cowboys fan next to me looked like some guy out of Fletch (pic below). Jerry's World, as obnoxious as the place sounds, was a 5-star fan experience. First, there are seating charts on all the poles outside of the stadium, which made scalping so much easier (I bought 4 tickets for $90 all said and done - 2 Standing room only and 2 Lower Level tix not together). It took some haggling as I bounced off the first 5 offers.

Second, the fan experience was flat out awesome. No unruly drunks, Cowboys fans would heckle but would laugh back with you for good rips. It was how it was suppose to be. Oh, and their stadium was packed from whistle-to-whistle.

Here's the team arriving at the hotel the early evening before. Shanahan was up the elevators minutes before everyone else came through. 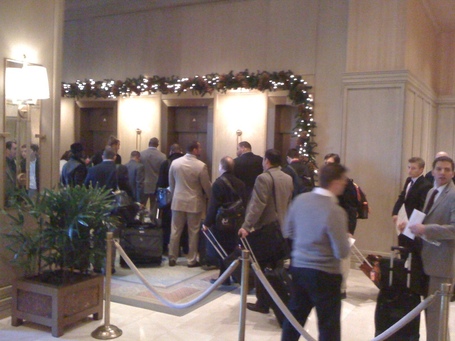 "We just drove 2,460 miles for a little Jerry World entertainment. The moose says you're closed, I say you're open." 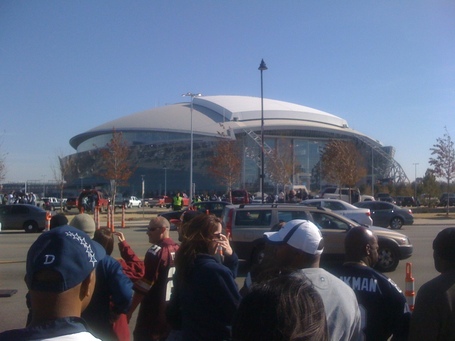 This is the view as you walk into the stadium. Everything you see is part of the Standing Room Only, which goes around the entire stadium at this level and on each platform going up. 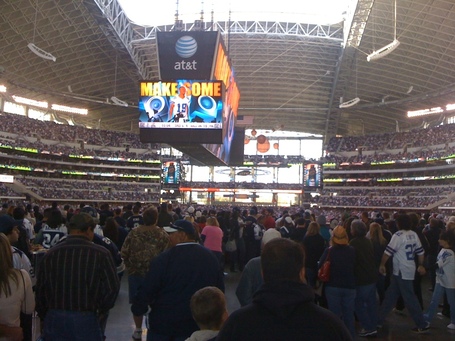 The dude that looks like Fletch. The Cowboys were driving at this point, but I guess sunglasses guy would rather make out with his 4'4" girlfriend. 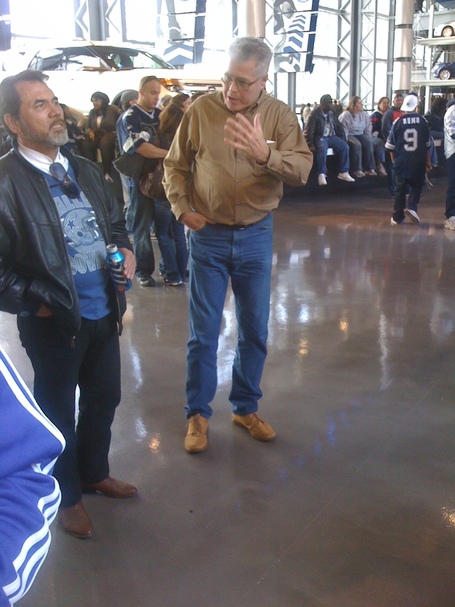 This guy was a die-hard Eagles fan from Philly. I'm pretty sure I remember seeing him at Fedex for the Eagles/Skins game. 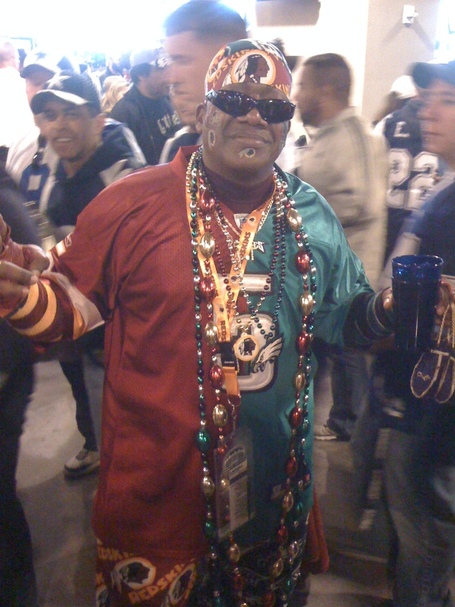 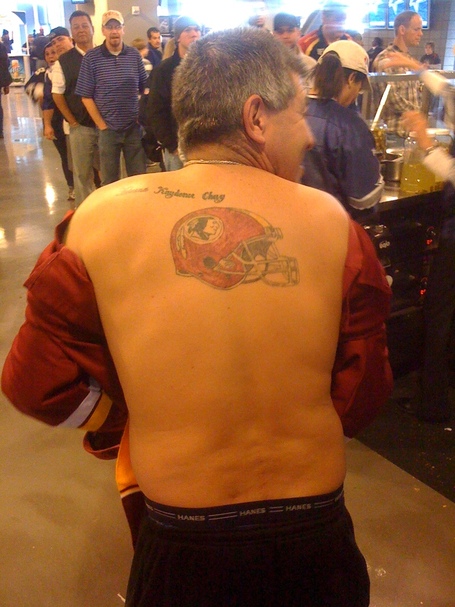 This was my seat for the 2nd half. I have to tell you, the fan experience was fantastic. I am not talking about the video board or the game. There was probably 20% Redskins fans there and we were loud. Always standing up...cutting fans down. They would give it back, and it was all in good fun. Their fans were buying us beers at time and it truly was playful. At Fedex, the heckling is always downright nasty and serious. Chill the F out everyone. 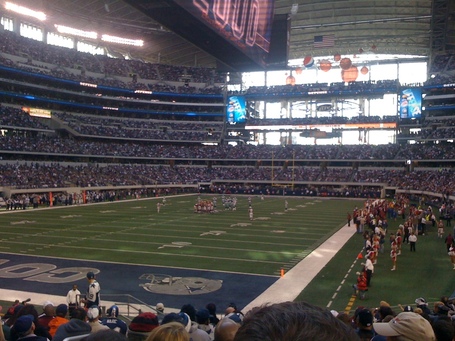 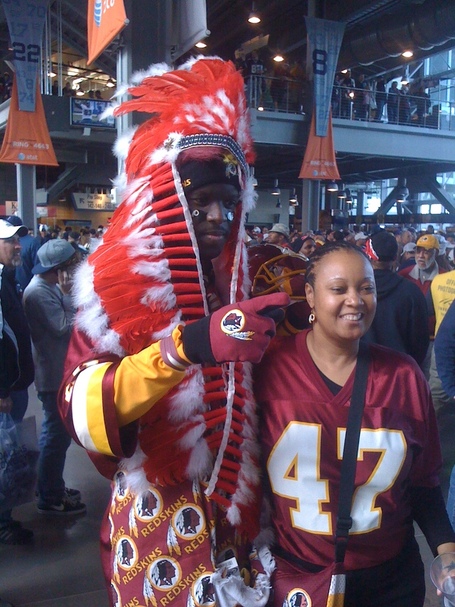 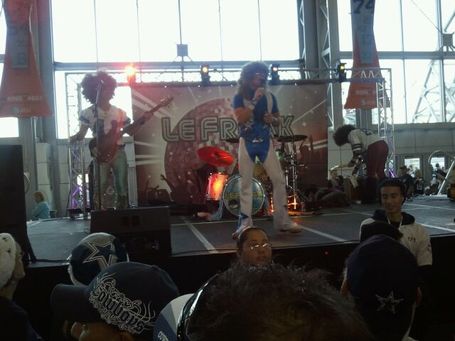 I got a big kick of the scores of Cowboys fans taking pictures of this Tom Landry statue. I mean, Jerry Jones' first order of business was firing the only known coach of the Cowboys...and here is the statue outside of Jerry World. It's like, "Yep, we'll keep you on the outside where you belong." 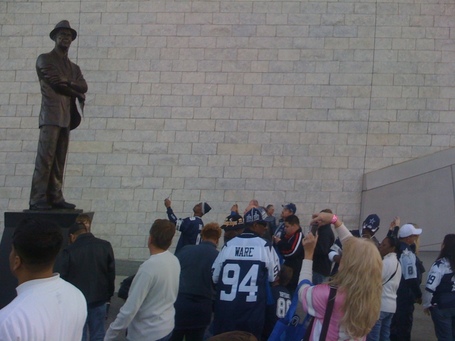