Redskins vs Titans Game Preview; Landry and Rogers Not Playing

Share All sharing options for: Redskins vs Titans Game Preview; Landry and Rogers Not Playing

Advantage: Titans (by a long shot). Two of our best defenders are out.

Mike Lombardi and Brian Baldinger spent a good 5 minutes breaking film down on the Redskins the last several games. The big issue they highlighted was the defensive line. No one can hold their blocks and time after time running backs are running wild. They showed multiple plays where Haynesworth got knocked to the ground when a 2nd offensive lineman engaged from the side. They then showed clips of Shaun Rogers holding the middle with 2-3 blockers and LBs came in to make the tackle for no gain. The Titans Center is horrible at blocking so keep an eye on that mactchup.

Lombardi then flipped to the offensive line and it was equally depressing. Constant pressure from both sides where Trent and Heyer were biting on outside fakes and the defender bulled right into McNabb.

I'll do a post on this later this week, but in the % of plays against our defense, it's almost 2/1 where opponents throw the ball and rush the ball in the middle of the field than the sides - a clear indication no one respects our DLine.

Since this will be rough, let's make a contest out of this: Closest to guessing Chris Johnson's total yards from scrimmage (rushing and receiving) WITHOUT going over wins this shirt. 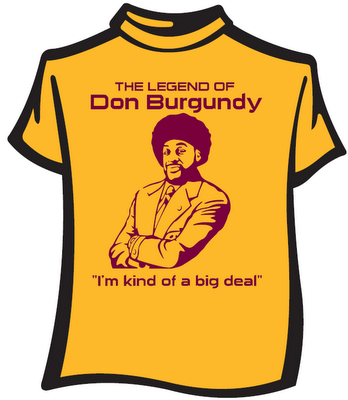