Interview with Ginuwine and Recap from MoKi Media Launch Party

Share All sharing options for: Interview with Ginuwine and Recap from MoKi Media Launch Party

I can't speak for Ken, but today is not my most productive morning. Over the weeks of the Miss Fedex Field competition, we became friends of the eventual winner, Dannia Hakki. She gracefully extended us the invite to her new PR firm, MoKi Media, launch party, including an open bar of Sapporo, Macallan 12-year scotch, and champagne. Yea...we got after that.

There were quite a few guests of interests, most notably the R&B singer, Ginuwine. I knew he was born and raised in the DC area, so I was looking forward to chat Redskins with him (and I'm never shy to interrupt a star to talk Redskins).

That's where things took a friendly turn for the worse.

Ginuwine: "Yea. Ever since I was kid...I just liked their colors and it stuck ever since."

So does that mean your wrote the song "Pony" with Troy Aikman in mind?

For those that don't know the lyrics, they go:

Oh man...I loved asking that question and seeing his reaction. Ginuwine was a pleasure to talk to and hopefully we'll talk with him again later before the Cowboys games. 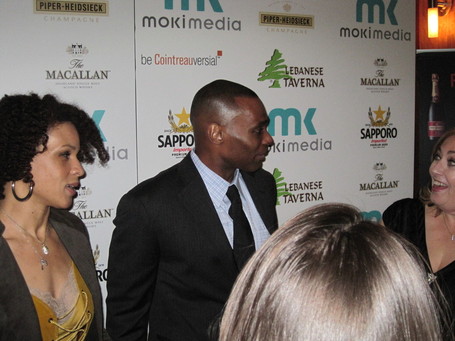 We also got to talk to Mark Jenkins, the celebrity fitness trainer for every rap star you can think of. We talked briefly about the Redskins bringing in an entire new conditioning staff, and he said that absolutely makes a huge difference given the different workout programs they set for the guys.

The majority of the night we hung out with Ivan Carter from CSN (Washington Post Live). I posed an interesting question, which I will ask you:

Besides the Caps, which DC team is most likely to win a championship next?

I went with the Nationals. When you look at teams like the Diamondbacks and Marlins, it's much easier to catch lightning in a bottle. The Wizards won't see a championship ever again, and the Redskins simply have so much work to do with the OLine and cleaning out the stubborn free agents. 4 years from now I don't see the Redskins beating this Colts team. I'm usually wrong so hopefully I am! 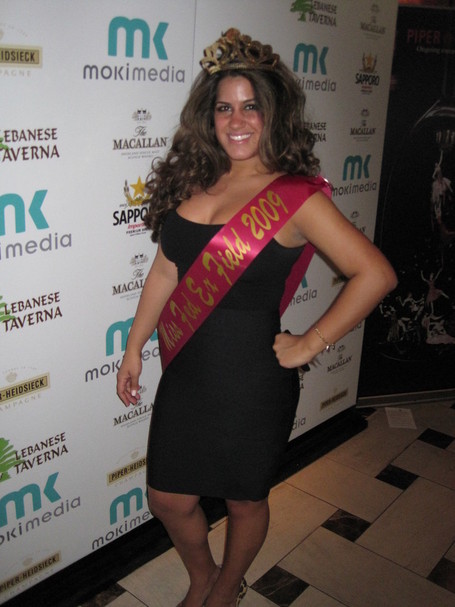