Well, up to game-time it was a perfect day. Sun was shining, beer pong balls were bouncing, music was blaring, and girls were dancing. It was a very festive scene pre-game at Fedex Field...almost as if we'd had already won the game. For the second straight week, however, the Redskins were losing at half-time, which put me into the mode of enjoying the sights and sounds of the Fedex Club Level.  I think we can crown "Miss Fedex" already at only week 2 (picture after the jump).

So back to the tail-gate. After hitting the bushes for a "pit stop," I couldn't help but notice this gentleman manning the grill in a Hunter Smith jersey.

Kevin: OK, I gotta hear the story on your Hunter Smith jersey! You're a special teams fanatic?

Johnny Smith: Haha, no. My favorite player has always been Mark Moseley and my last name is Smith.

Johnny: Yea, my daughters had it specially made for me. 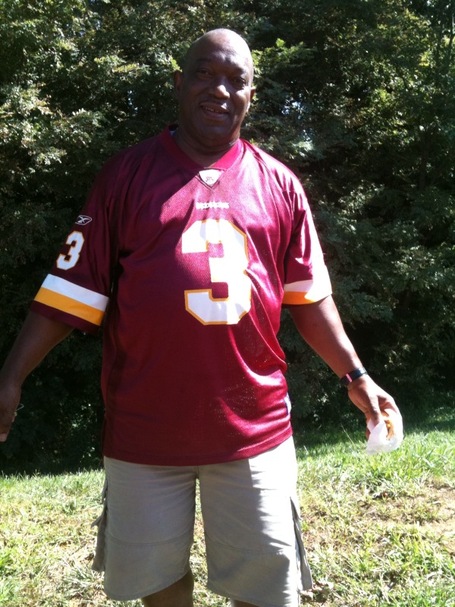 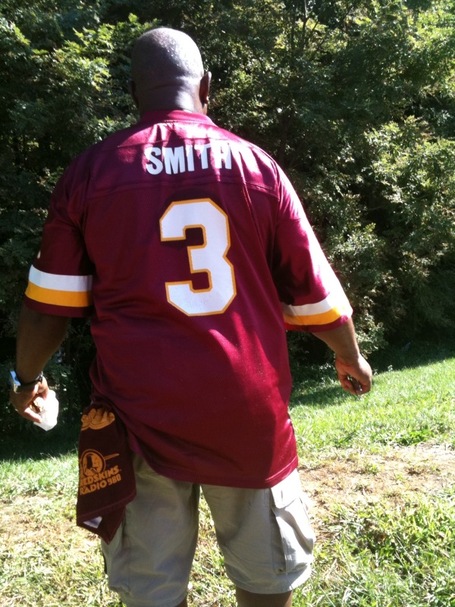 We encountered a few Rams fans walking through the parking lots looking lost as ever. Making fun of them just wasn't even fun. They would just laugh and shrug their shoulders, but they were all good sports. 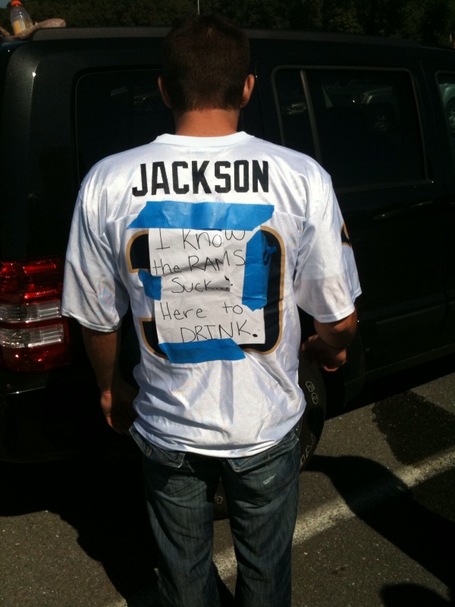 View from our seats....awesome day. 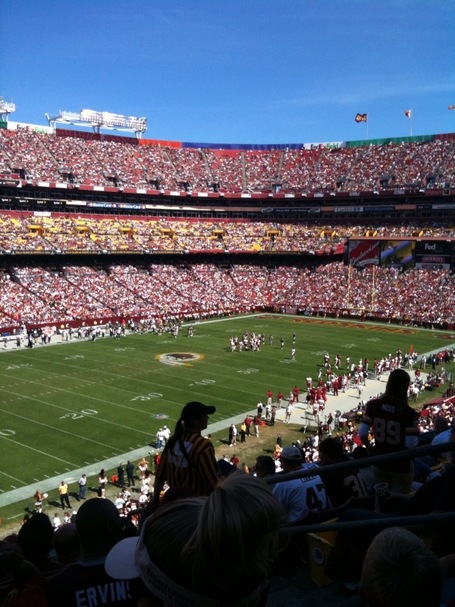 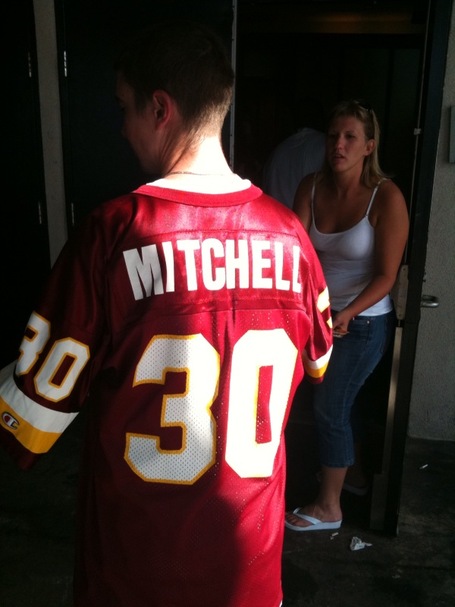 Now, the half-time bar on the club level has been a big tradition for Ken and I. Shots with the same friends, watching cougars re-live their Spring Break days to the band playing a cover of "Life is a Highway...I want to ride it...all night long"....as they make that grimacing face for "all night long." I was snapping away pictures with my iphone, but given the current state of how people sue...and figuring half of these people probably cheat on their spouses, it's probably better I don't post those pics. I'm only going to do that for the road teams.  A common half-time drink to help me forget how bad our offense is to kick it up a notch is Captain & coke. I was not too happy to see that they changed the cups to these short, wide ones that the airplanes use. With the big crowds and dancing, it's inevitable that when I get bumped, I now lose 3/4th of my drink instead of 1/2. It's sad to say, but the first thought that came into my head was Snyder thought of these cups since more spillage would result in more sales. 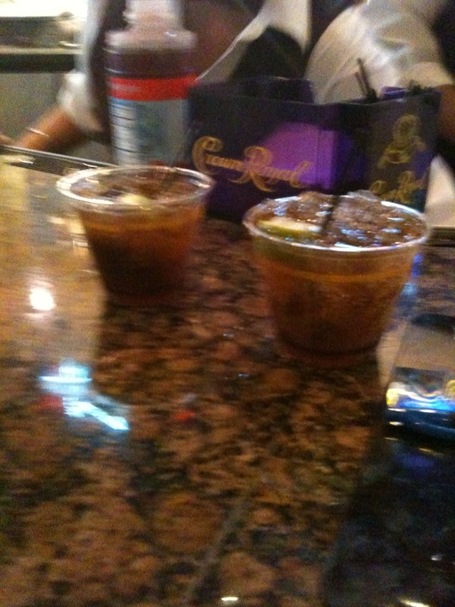 And while I can't show all the hotties...I do have this gem...the current reigning Hogs Haven "Miss Fedex". Enjoy... 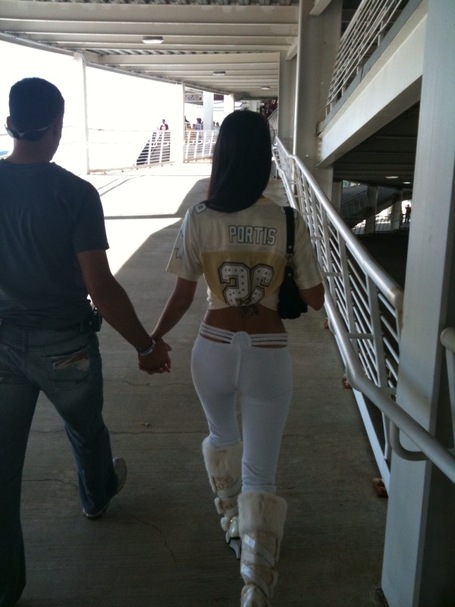