Well, despite the loss, the trip to Giants Stadium was a unique one. I sat up in 318, which is the upper deck corner bowl and a few things stood out as I looked down at the Redskins fans in front of me. Several Byron Westbrook jerseys, an older genteman in a Devin Thomas jersey, and several young guys in Rocky authentics. Hmm...even after all the shot-gunned beers it was obvious I was in part of the parents section. All three were a pleasure to talk to and I thank them in advance for putting up with me as I was on hour 7 of beers that day. After the jump are pictures of some unique jerseys I came across (fails) and some hotties (what else are my friend gonna do to entertain ourselves at half-time)? 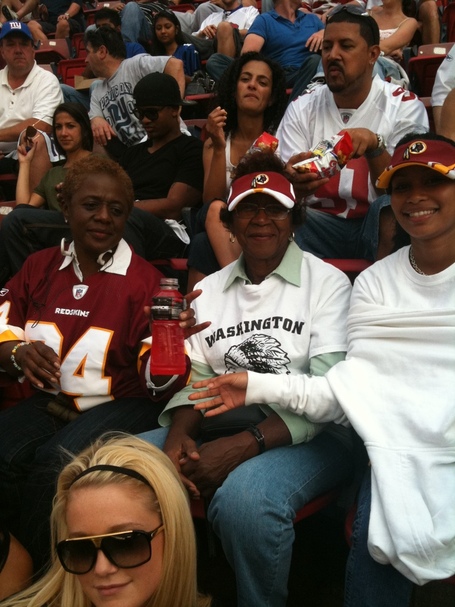 Devin Thomas' father, Dwight. Just a TAD of a resemblance, eh? We had a nice talk about the family and Devin being the only athlete of all the kids. 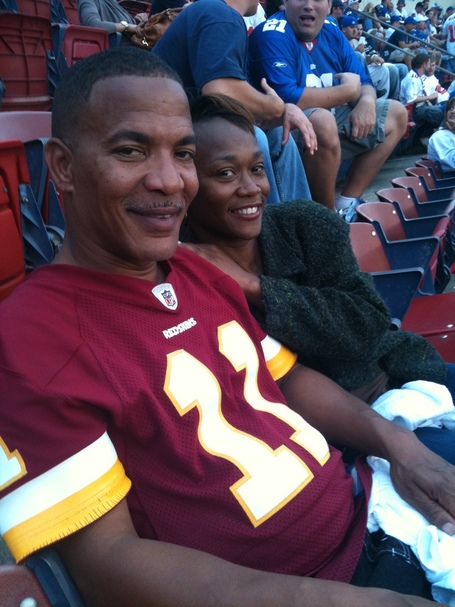 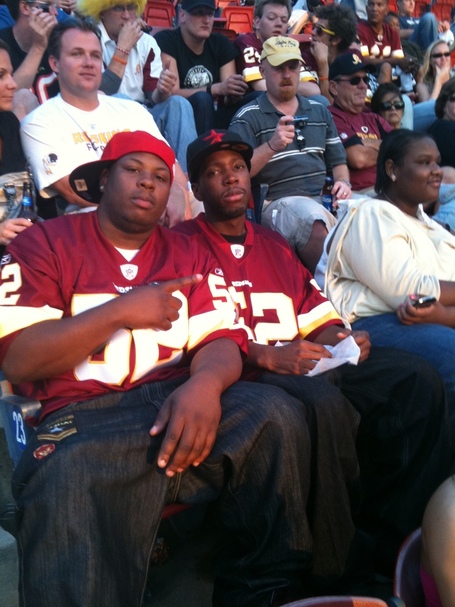 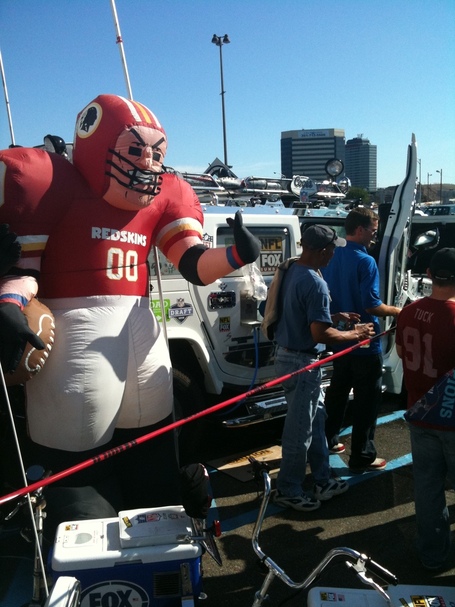 My seats...$80 face value. If you think Snyder charges a lot, you'd be AMAZED at what the tickets are going for at the new stadium. Club season tickets, front row 50-yard line, $50K PSL license EACH ticket. 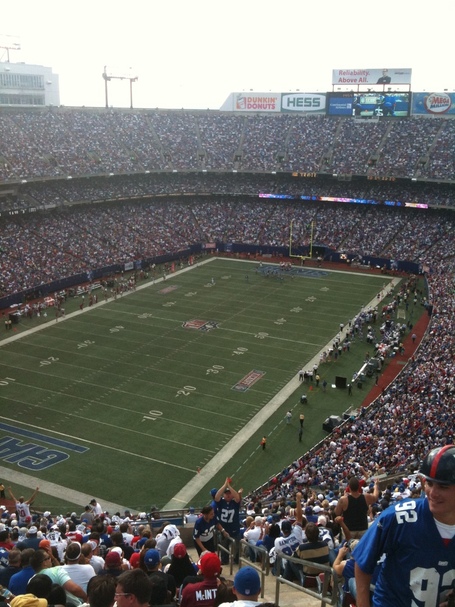 This jersey baffled me. Rod GardNer was #87. Custom? 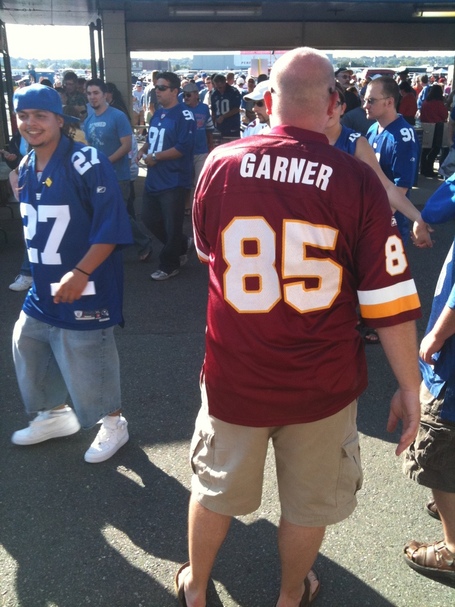 Skins couple who live in NJ. She said her husband still won't buy her a new jersey. He's pictured in the back with his Lavar jersey. I asked, and no, they are not unemployed. I said what he was doing was pretty cruel! 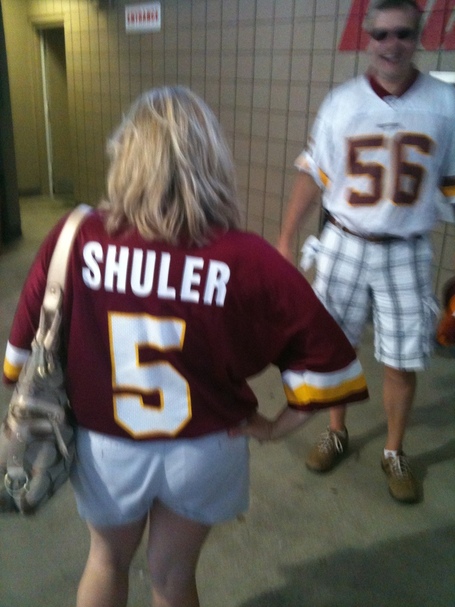 Wow...we all assumed Darrell Green was the only #28 didn't we?? Herb Mul-Key...Running Back. 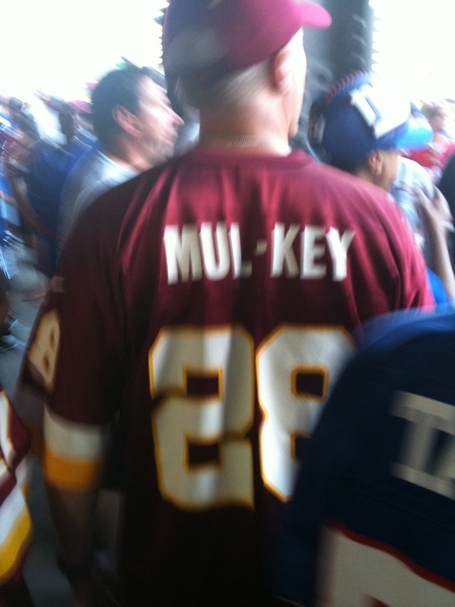 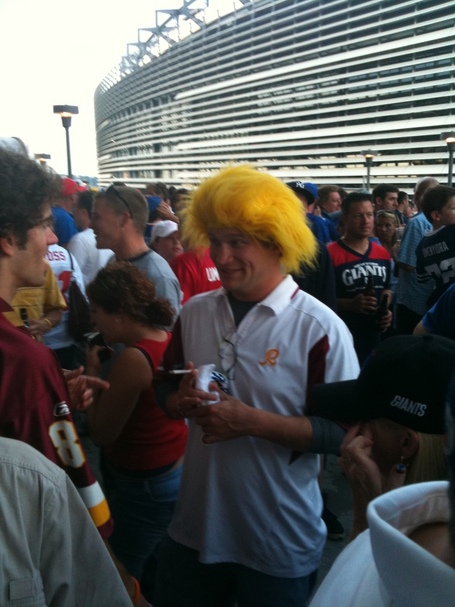 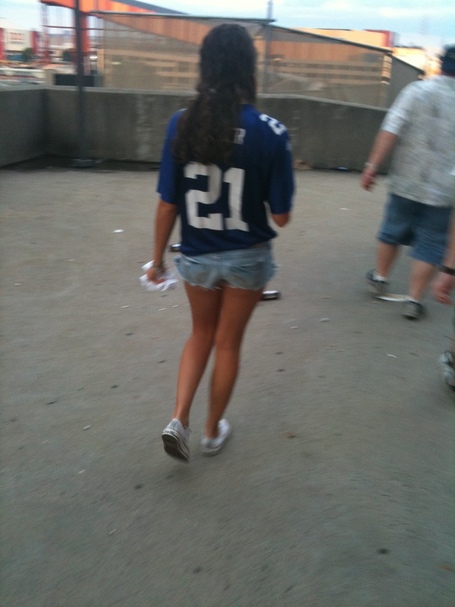 My friend running around stopping every hot chick at half-time... 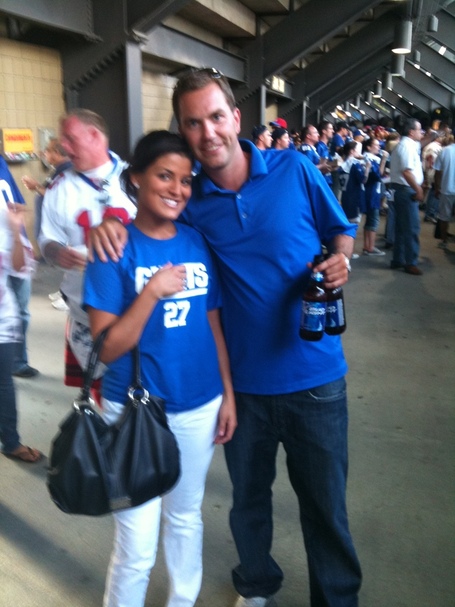 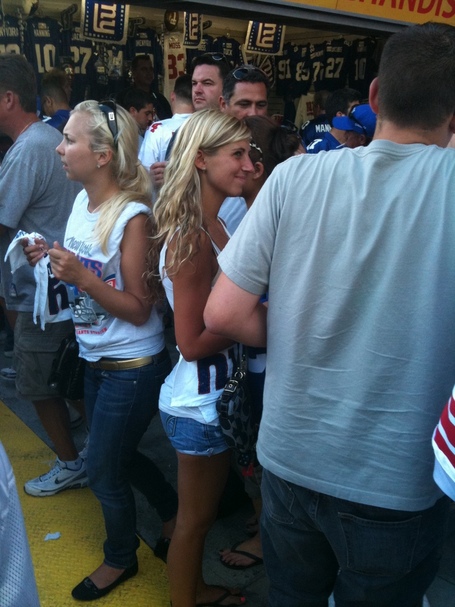 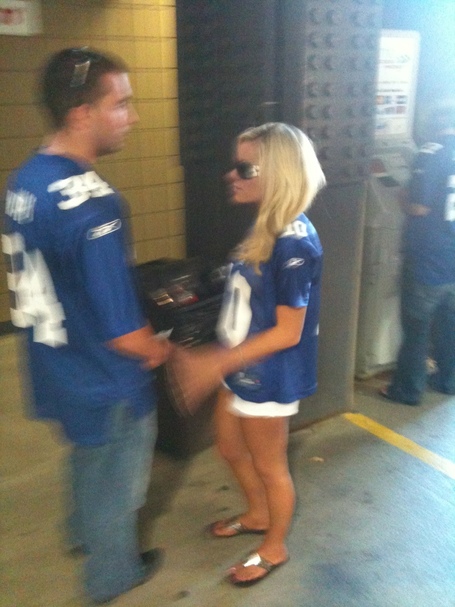 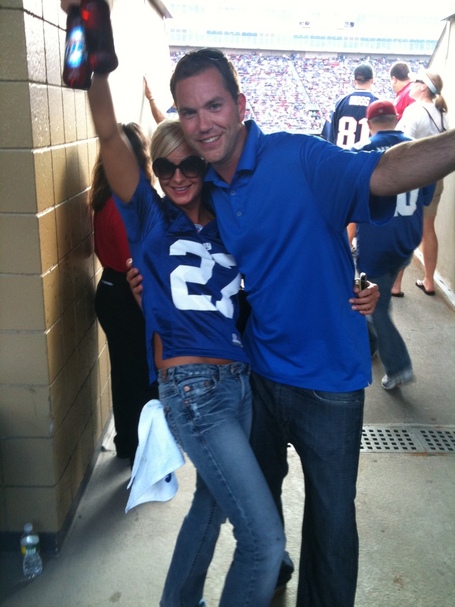 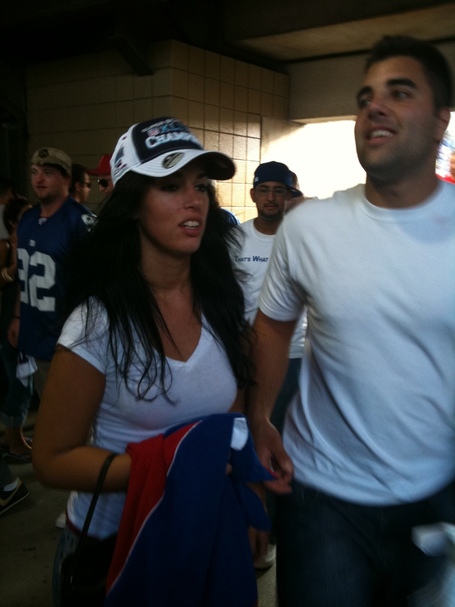 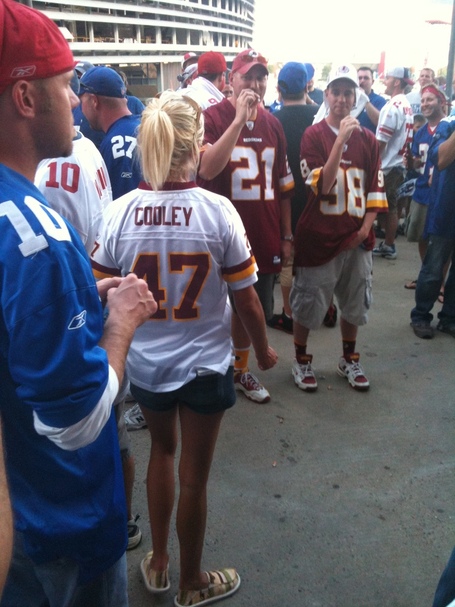 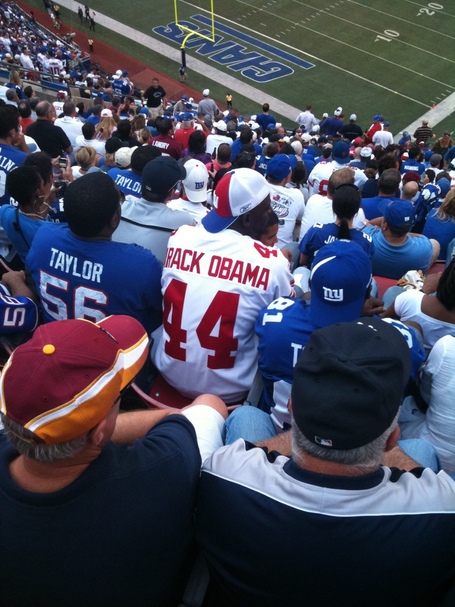