Redskins’ Week One Loss Doesn't Matter? I think It Does!

Share All sharing options for: Redskins’ Week One Loss Doesn't Matter? I think It Does! 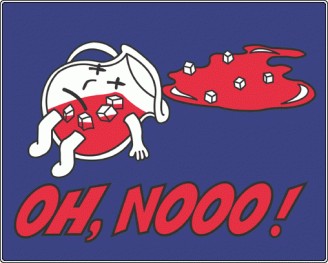 A lot of radio heads and fans have been saying that losing week 1 to the Giants is not a big deal because "we weren't really suppose to win that game," and "there's 15 more games." I cannot accept this as an excuse. Week 1 the Redskins were fully healthy. If there's any time to beat a team that's better than you, it's week 1, especially when BOTH of your opponent's starting corner backs are out!

What's going to happen the second half of the season when the schedule gets difficult like last year and several key starters are out with injuries? We'll look back at week 1 and wish we hadn't wasted this opportunity, especially being an NFC East opponent.

Since 1978, when the NFL adopted the 16-game schedule, and excluding the abbreviated season of 1982, teams that are victorious opening weekend are more than twice as likely to reach the playoffs than losers of an opening game. Of the 442 teams which lost openers...105 went to the playoffs (58 won division titles).

The 43 Super Bowl winners have a 35-7-1 record in the Kickoff Weekend games of their title seasons. I know, I know. Stats are meaningless and meant to be broken. The Red Sox came back from a 0-3 deficit for the first time ever in the ALCS, blah, blah. But let's be real, we're talking about the Redskins. Do I think this is a good team? Of course. Do I think it is poised to be a Super Bowl contender? Definitely not. Year after year week 18 we're cursing the front office saying the Free Agency model does not work. Then the Skins go out and sign that expensive "missing piece" and the revolving door comes full-circle, "Maybe we can win this year if..." The Redskins roster is currently made up of 24 draft picks, which accounts for 45.2% of the roster. Although the Patriots have less free agents on their roster, it's not far off from the Redskins percentage; however, if you take a look at their starters, the majority of them are draft picks. At one point do I say enough is enough?

This week against the Rams is going to be really interesting. If the Skins win, but not decisively, Homeland Security will have to move the terror alert level to Code Red and deploy the National Guard to Redskins Park. We Redskins fans are anything but MEDIUM, which makes the water cooler talk so great, but I don't see this cycle breaking. 17 more weeks until Snyderrato usher in another QB and another Coach, and then the Super Bowl talk for the Redskins can start again.

I look forward to Ken/Sugar's reaction to this piece. I don't like writing it, but the fact is I pay good money to go to the games and I consistently get let down. I often resort to ending my tailgates in the F parking lot much like how that pitcher looks in the picture. Do I hope I'm wrong? Of course.