Chat with Pats Pulpit for Redskins vs Patriots Game

Share All sharing options for: Chat with Pats Pulpit for Redskins vs Patriots Game

Hogs Haven: How is the Patriots' defense this year (specifically the first Dline, corners, safeties, and LBs)? Do you expect them to control the game against the Redskins first team offense which has sputtered out of the gate so far this year?

Pats Pulpit: The Pats D-line has probably been the most solid unit of the preseason.  In a standard 3-4, DE Richard Seymour, NT Vince Wilfork, and DE Ty Warren have been doing a find job of stuffing the line.  In the preseason opener against the Eagles, NE almost exclusively played a 4-3 with rookie DT Ron Brace next to Wilfork.  Second year CB Terrence Wheatley is on the bubble, but vets Leigh Bodden and Shawn Springs are working out well so far.  Rookie Darius Butler is a monster and is already showing promise in his first year.  Rookie S Patrick Chung has been all over the field; I'm looking for big things from him.  LB-wise, newly acquired DE/OLB Derrick Burgess has been a fine addition and second year ILB Jerod Mayo is, as always, in on every play.

I think the Pats D will do well, specifically against the run.  But I believe Belichick has to find out a few things so he may be rotating some guys in and out; it'll be a bit unstable for at least quarters two through four.

Hogs Haven: What is the RB situation shaping to look like? It's surprising to see Laurence Maroney is 4th on the depth chart behind Sammy Morris, Kevin Faulk, and Fragile Freddy. What caused Maroney to fall out favor?

Pats Pulpit: I wouldn't give too much credence to the depth chart.  It's Maroney's job to lose.  However, I would say I haven't been super impressed with his performance up to this point.  He STILL has trouble seeing holes and looking downfield.  I'm pulling for him, but he's gotta step up.  Guys like Morris are really doing well. 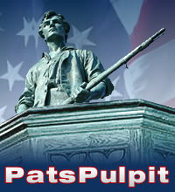 Hogs Haven: What is the backup QB situation looking like if Brady were to get injured again? Andrew Walter was always good for some laugh out loud highlights in Oakland.

Pats Pulpit: I'm not too impressed with Andrew Walter.  I think he was brought in to challenge Kevin O'Connell for the backup spot, but I don't think he's making that much trouble for O'Connell.  Kevin has all the natural skills to be a fine QB (great scrambler, rocket arm), but needs to get better accuracy and improve his field management.  Hopefully, he can develop a bit with more preseason reps.  I think you'll see him for two or so quarters.

Hogs Haven: How is Shawn Springs working out and do you think he will start/play a lot?

Pats Pulpit: I loathe the term starter, so I'd say Shawn Springs and Leigh Bodden will get the most snaps due to NFL experience.  That being said, I don't think Springs has been lighting up the field.  I would label him "serviceable" at this point and give him the benefit of the doubt (learning the system, etc...).  He better learn quick because draftee Darius Butler IS lighting up the field.  He has great physical skills and appears to be transitioning into the NFL quite nicely.

Hogs Haven: Which defensive starter is looking over his shoulder the most this preseason at a rising youngster, and who is that player to watch?

Pats Pulpit: I'm tempted to say CB Darius Butler, but he's third on the depth chart for left corner behind Terrence Wheatley and Shawn Springs.  Wheatley isn't doing so well and Spring, while not lighting up the field, is solid.  I think the battle is between DT Ron Brace and Vince Wilfork.  Vince is in the final year of his six year contract and is gunning for an extension.  This and the fact that Ron Brace is doing so well gives Wilfork less leverage.

Well, it looks like we won't miss much from "Blue," (Smoot's nickname for Springs). The Pats seem to be in good shape yet again for a Super Bowl run. It's looking more like he won't play tomorrow night. I haven't seen O'Connell play yet, but I'm sure Sugar is getting that tingly feeling in his pants about it given Sugar loves fantasy no-namers.

I hope Cerrato and Snyder are able to spend some quality time with the Pats personnel tomorrow night and get some insight on how a franchise is continually successful.