Washington Redskins By The Numbers: #6

Share All sharing options for: Washington Redskins By The Numbers: #6

I am afraid I may have raised the bar way too early in this feature (you have to read to the end to find out how.)

You don't truly have an appreciation for this game until you get to #6. With all due respect to any player who has ever worn this number for the Redskins, #6 simply is as unsexy as it gets. My first inclination was to trot out none other than:

Listen, we had him before the Eagles did. He made his professional debut as a Redskin and made two extra points, while missing two field goals (both from over 50 yards). But I simply CAN'T make a guy who is synonymous with the Philly green one of our Redskins By the Numbers entries.

Shane Matthews is up next on the #6 stage. But do we really want a guy that shared the starting QB job for one year (2002) with Patrick Ramsey and Danny Wuerffel to represent #6 for us? This means--gulp--I am going to have to go back to the kicker pool (much like the kiddie pool at the community center, but with more pee).

Listen, he was a Redskin twice, in 1988, and 2000, bookending his career spent mostly in New Orleans. He was a class guy, loved by his teammates and truly appreciative of his time in the NFL. He was from a small town in North Carolina (Salisbury), and he punted in college at the University of North Carolina--the same school that brought us Jeff Hayes!

He was also a national finalist in the Punt, Pass, and Kick contest in1971. And this video is just great:

I prepared to make Tommy Barnhardt our #6 and be done with it....

Then Ali Haji-Sheikh returned my call. You read that right. This #6 kicked SIX extra points in Super Bowl XXII. Kevin and I did some googling and we tracked down the Audi dealership he manages in Michigan. What could a phone call hurt, right? When we spoke, I had some serious questions for him. (Seriously, I spoke with Ali Haji-Sheikh last night.) 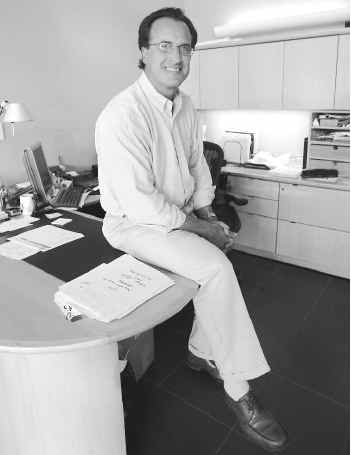 Sugar: As you glance at the landscape of the NFL today, it is impossible not to notice all the kickers named Graham, Folk, Brown, Gould, and Reed. Are you at all concerned about the proliferation of monosyllabic, easy-to-pronounce last names at the kicker position?

Haji-Sheikh: (laughs) You know you're right. When I played, we had guys named Uwe Von Shamann and Stojakovic.

Sugar: Are you concerned?

Haji-Sheikh: I am very concerned.

Sugar: Talk about playing on that Redskins team in 1987.

Haji-Sheikh: Oh man, it was great. There were so many vets--before free agency, guys stuck around. There was a strong veteran influence on that team--on any of the good teams in that time.

Sugar: More fun in that kind of locker room?

Haji-Sheikh: Absolutely. There was a greater familiarity between the players due to the veterans hanging around so long. We weren't on the same pay scale as they are today, but it was more fun I think than it is today.

Sugar: Can you compare and/or contrast playing on the Giants and the Redskins back then?

Haji-Sheikh: Man...the NFC East was the place to play in the 80's. The coaches were first-class and the talent level was simply beyond the rest of the league.

Sugar: Do you still follow the NFL? Do you play any Fantasy Football?

Haji-Sheikh: Oh yeah. We watch every Sunday. I have 3 sons-one of which is actually one heck of a punter. My one son and I did play last year. The draft is just the most fun of the whole thing, deciding who to take and when to take them.

Sugar: Well, I understand you work in the luxury car business. If you had to compare yourself, your career, your kicking style to one of the cars on your lot, which one would it be and why?

Haji-Sheikh: (laughs) It would have to be the Audi S5.

Sugar: Yes! Why is that?

Haji-Shiekh: Well, it's good for everyday driving, it gets great mileage, it's sporty and when you step on the gas, it really gets to where it needs to in a hurry. (laughs)

We have some heavy hitters coming up. With #'s 7, 8, 9 on the radar to finish out the week, there are some big names to cover. Might as well start hashing that out today.