Nightmare Scenario Unfolding: Hey-Bey to work out with Eagles

Share All sharing options for: Nightmare Scenario Unfolding: Hey-Bey to work out with Eagles 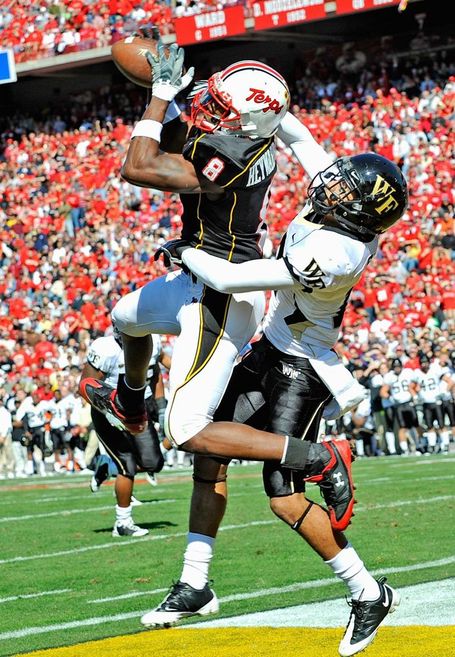 I can only think of one thing off-hand more saddening then Darrius Heyward-Bey being drafted by the Eagles, and that was having to watch Art Monk play as an Eagle the last season of his illustrious career in the burgundy and gold.

I attended multiple Terps game this year, and having to see a guy I cheered for potentially tear it up against the Redskins two times a year is maddening. Darrius was born in Silver Spring, MD, and attended McDonogh School in Owings Mills, Maryland, where he played WR and Linebacker. He was recruited by Alabama, Boston College, Michigan State, Pittsburgh, and Virginia, before ultimately choosing to attend Maryland.

We've all seen what McNabb does with both crap receivers and stud receivers. (It really is amazing the Eagles won as many games as they did with Todd Pinkston and Freddie Mitchell as their wideouts.)

The Eagles are hoping to arrange a private workout with Maryland receiver Darrius Heyward-Bey, according to the St. Paul Pioneer Press.

Heyward-Bey has already worked out with the Baltimore Ravens, who brought in quarterback Joe Flacco to throw to him. Tampa Bay reportedly has a visit scheduled and Minnesota is looking to arrange a visit. 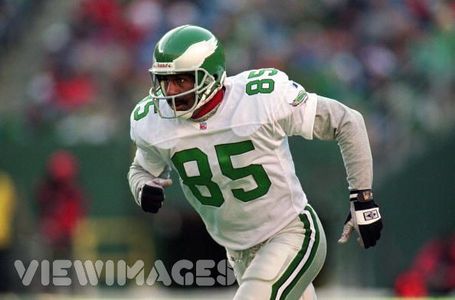 Hey-Bey would no doubt put up pro-bowl numbers with McNabb under center and DeShaun Jackson on the other side. So let's just hope a team in front of the Eagles picks him first. There are rumors the Raiders are looking to take Hey-Bey with the 7th overall pick. In regards to the Redskins, we all know Vinny is crazy enough to draft a WR in the first round. This might be the only situation I'd be OK with it!!