5th Round Pick: Getting to Know Cody Glenn, LB

Share All sharing options for: 5th Round Pick: Getting to Know Cody Glenn, LB

Arrived in Lincoln as a highly touted running back and is leaving a linebacker with NFL potential. He switched positions in the spring of 2008 after struggling through leg and foot injuries for 18 months. Despite his lack of experience, he earned the starting nod on the weak side and showed himself to have the mentality to play at a high level on defense. He even played in the middle during the season. His senior season did not go exactly to plan, as he played only nine games due to a suspension for violating team rules (he reportedly sold his team issued tickets). In that time he made 51 tackles, six for loss and had four pass breakups, causing scouts to wonder what he might become with more experience. 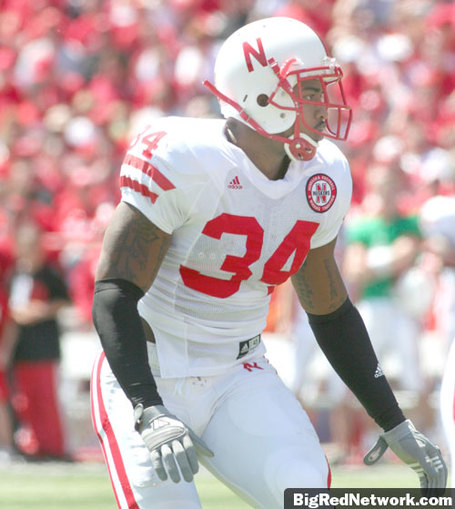 Positives: Active linebacker with adequate speed and long arms, which he uses to wrap up ball carriers consistently. ... Attacks downhill, can go through a blocker when blitzing and is willing to throw a shoulder into a blocker to free up teammates. ... Despite his lack of size, he can shed blocks on the edge and find his way through trash to the ball carrier. ... Uses his hands to fight off cut blocks. ... Gives good chase down the line and hustles downfield. ... Physical with running backs coming out on routes and can stay with them in the flat. ... Good drop into coverage, finds the receivers in his area and has the hands to knock away passes.

Negatives: Has a safety build, is short and lacks upper- or lower-body bulk. ... Runs around blocks instead of attacking them. ... Nothing special in his change-of-direction agility -- best when he reacts to plays in front of him. ... Gets engulfed when playing inside the tackles. ... Inexperience at linebacker shows through in his lack of backfield awareness; consistently fooled by misdirection. ... Must make plays on special teams to stick on a roster. ... Durability concerns must be addressed at the NFL Combine.

Hogs Haven thoughts: There has to be some good guards left on the Skins draft board. I'm still baffled that they continue to ignore this position. By the 7th round I imagine the only guards left will be 230 pounds. OK, end of sarcasm.