Snyder, Cerrato, and Zorn have dinner in DC with Sanchez Friday night [JLC]

Report: Redskins not interested in Robert Ayers or Everette Brown [rotoworld]
(In the words of the WuTang Clan...Cash Rules Everything Around Me....)

Hogs Haven will be live blogging the draft from Fedex Field this Saturday
(I'll be interviewing and blogging the day...including interviews and pics with cheerleaders, fans, and hopefully a couple players and coaches. Also Zorn's speech, so if you can't make it over to Fedex, can always have your laptop open by the TV)

Andre Smith is a solid player according to Saban:

Regarding Andre Smith: "This kid's not an issue," Kiper said. "Nick Saban is really going to bat for this kid, and that helped the kid immensely." [timesdispatch]

Dating to 2000, every player taken at No. 13 [in the draft] still is active in the league, including wide receivers Lee Evans and Donte' Stallworth, and defensive tackles Ty Warren, Marcus Stroud and Adam Carriker.

Broncos to work out Sanchez on Tuesday [nfl.com]

The 2nd thing Adam Archuleta did right, marrying Playboy model Jessica Walcott
(the first thing he did right was stealing $15mil from the Skins) 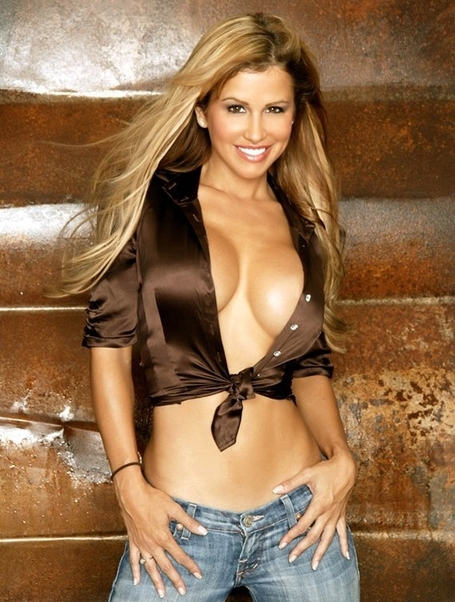