I had a chance recently to follow up on a story I wrote a month or two ago regarding the impending CBA negotiations and the possibilities of an uncapped year. I asked Michael Lombardi (National Football Post, CNNSI.com, NFL Network) what he thought about the Redskins offseason and how that plays into the short-term future in D.C. with specific regard to the salary cap.

Back in May, I asked him if he thought the Redskins could position themselves to take advantage of an uncapped year, and if so (or even if not), what could they do to get it done. Lombardi told me, "He (Snyder) can clearly come clean with his cap in 2010. If he cuts players in '09, he can book the charge in 2010, or he can simply cut a vested vet (that would be a player that has four or more years of service in the league) in 2010 and then resign him immediately. All the cap charges would shift into the 2010 season."

We all know the salary cap is a hard number (one you can not exceed). Yet year in and year out the Skins seem to dance all over it with little to no consequences (aside from the 17-year Super Bowl drought). Their cap expert, Eric Schaffer, is either a certifiable genius deserving of a Nobel Prize in Economics, or he is a shadowy overlord wielding his mastery of the NFL's financial guidelines like an amped up James Bond supervillain. As a hedge, I will preach the former, but I wouldn't meet with him after dark, or alone, or without a prepared will.

In February, I suggested that not only were the Redskins capable of exploiting an uncapped year, but they were in fact BANKING on it. So I went back to the well and asked Lombardi about this in light of the Redskins' activity this offseason. 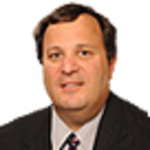 sugar: "Based on offseason activity, including free agent signings (specifically Antwaan Randle-El and Andre Carter's contract restructurings) can you speculate just how much it appears Snyder is depending on the uncapped year?"

Lombardi: "I think his uncapped money allotment will be tied to his stadium revenue and how he can maximize his own revenue streams. The free agent market will go from four years of service to six, which will cut down the quality of talent availability."

sugar: "Doesn't the Haynesworth deal look a lot better in the light of the potential uncapped year, given the amount of money due in the second year of his deal?"

Lombardi: "The Haynesworth deal is what it is,4 years for $48 million."

sugar: "Assuming for a second they could put the genie back in the bottle and get the salary cap back, could the Redskins emerge in two years with the same core group of (relatively) young star players, with a fresh slate on the salary cap front?

Lombardi: "You are assuming all those young players are talented and help the team win. Unless they get the quarterback fixed, all this is speculation."

Yikes...how easily I forget that looking ahead two years right now (at this moment) does not include JC since he is only signed for 1 more year. So Lombardi makes a great point--even if we reset our salary cap position, that won't win us games. The uncertainty at the QB position will plague us until Zorn and Campbell (hopefully) can get it straight.

My takeaway from the conversation with Mike is that, as we all know, talent on the field wins games. And no matter what your salary cap situation is, without a core group of difference-makers on the field, it ain't happening. I won't speculate for Mike that he is either for or against the Haynesworth deal, but the fact that he was quick to make clear it was a 4 year deal for $48 million is a positive sign to me--the real haters of this deal harp all over the $100+ million number.

Finally, with a reduced/watered down pool of free agents it seems to me that Lombardi (like most wise football experts) is saying that even with all the money in the world--FedEx stadium revenues and the other revenue streams he references--you can't buy wins. I, like some of you out there, am all ramped up about the possibility of getting out from under the mess we have made of the salary cap. But I SHOULD be focused on a re-dedication to the draft and the development of young players. If we were to go this route, the salary cap issues we have made would seemingly take care of themselves.