Hogs Haven's Ken Meringolo  won one of the big ticket items in the live auction outbidding an early bid by Portis, and then battling against some girl for the signed, authentic jersey. Props to Tanner Cooley for egging Ken on, "you're not going to get outbid by a girl are you!?" 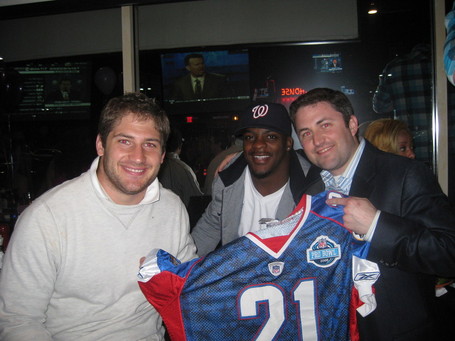 We got to talk to a lot of players and coaches last night.

More pictures/stories from Cooley's fundraiser after the jump....