Share All sharing options for: Tennessee Prosecutor to Seek Indictment Against Haynesworth

Update 3/11/09 3:00PM - I spoke with the Redskins, and they were aware of the Haynesworth situation prior to signing him. They declined any further comment understandably since Albert's lawyer is now running the show. 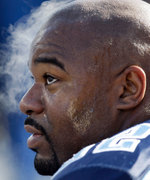 According to an injured victim's attorney, prosecutors in Williamson County will be going to the grand jury today, March 9, seeking an indictment against the Redskins' new hundred million dollar defensive lineman. The charges arise out of a car accident that occurred on December 13, 2008 that left the victim disabled. Four days earlier, Haynesworth had received a sentence of thirty days probation and a $1000 fine when he was clocked driving 103mph in a 70mph zone. In a release to the Tennessean, Jon Perry, attorney for the the victim, Corey Edmondson, gave his account of the accident:

"Haynesworth was witnessed traveling at speeds in excess of 100 miles per hour after he entered I-65 and immediately began to move quickly in and out of lanes attempting to pass other vehicles in his way. Haynesworth tried to pass Corey’s vehicle on the right, but another vehicle was in the way. Haynesworth slammed on his brakes and abruptly crossed multiple lanes into the inside lane next to the concrete barrier wall. Accelerating his Ferrari up to speeds in excess of 100 miles per hour, Haynesworth tried to pass Mr. Edmondson and crossed into his lane suddenly and without warning, striking Mr. Edmondson’s driver side. This collision, which left black paint from Haynesworth’s Ferrari on Mr. Edmondson’s driver side, caused Mr. Edmondson to slam into the concrete median wall resulting in severe injuries to Mr. Edmondson and totaling his vehicle." 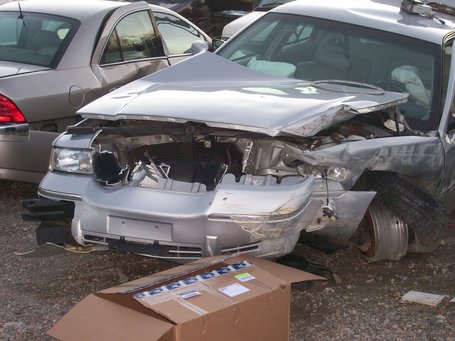 The exact facts appear to be in dispute, but there was a witness who said that Albert passed her when she was driving 79mph. When I spoke with Albert’s agent, Chad Speck, he was unwillingly to comment since Albert’s lawyers are now handling the case, but he told me that the "careless driving" charge was dropped in the Brentwood City Court. Mr. Perry told Hogs Haven that this lesser charge was voluntarily dismissed by Brentwood Police so more appropriate and serious charges could be investigated and presented today. When the Tennessean reported the incident, Chad Speck originally responded: "Albert was completely unaware of any injuries sustained by anyone involved in the accident at the time. Mr. Edmondson's injuries are unfortunate and Albert certainly wishes him a very speedy recovery. He promptly turned this matter over to his insurance company."

Perry has a different version of the events:

According to Perry, as of last week, his client's medical bills have exceeded $230,000, so they are anxious to receive a payment to help cover these costs. He said that unless Haynesworth or his insurance company agrees to pay some advancement on his settlement or future jury verdict, they will have to move the case forward by filing suit. The victim still is unable to walk due to the hip replacement surgery and has only left his house three times since December 26th. In the mean time, a local bank has set up an account and website to receive donations for Mr. Edmondson to help pay his rent and utilities since settlements can take months or sometimes years.

We will update this story as more information becomes available.