Terrell Owens Out: What Next for Him and Big D?

Share All sharing options for: Terrell Owens Out: What Next for Him and Big D? 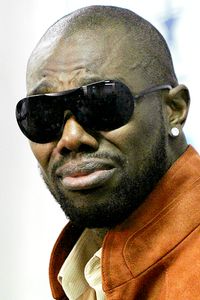 TO is out. How much did Jerry Jones hate to have to do this? Cowboy's blogs believe this is a sign that the Jason Garrett era has begun where youth is sought after. BloggingTheBoys.com is practically on fire with 400 comments of fans going back and forth on whether it was a good move or not.  I can’t be the only one that enjoys watching suffer like this, which is why I’m fueling the fire with some comments.

In my opinion, the release definitely needed to happen. Back to Ted Leonsis’s 10-point plan, “No jerks allowed. Implement a no jerk policy. Draft and develop and keep high character people. Team chemistry is vital to success.” Owens was a constant distraction, and it had to end. The big issue I see is the other ego, Jerry Jones. He of course looks like the imbecile now. Just nine months ago Owens signed a 4-year, $34 million deal with $13 guaranteed. Oops.  I imagine Ed Werder, cigar in hand, is laughing quite hard right now. The $9 million cap hit the Cowboys take this year has everyone in the DMV smiling, including me. The Cowboys could be OK at WR with Roy Williams, Crayton, , and Isaiah Stanback. I wouldn’t put it past Jerry Jones to somehow work Anquan Boldin into Big D. Trade some more of those #1s!

But enough about , where will TO end up? The first team that comes to mind is . They just lost Housh to and have Carson Palmer back to one-hundred percent. It is rumored the Bengals owner is getting quotes for building an extension to the Bengals’ locker room so both Chad Johnson and Terrell Owens egos could fit.

There’s always too, but I just don’t see that happening. Al Davis is cleaning house of bad egos and signing TO just doesn’t make sense. After destroying the team chemistry for the best three statistical offenses in the league, who would really pick up TO, and what kind of contract would he get? Rosenhaus has to be pissed since any contract TO gets is going to be for minimal years with tons of outs. I can’t see a team building a contract based on incentives because TO needs the ball to hit those numbers, and well, we know how he is when he doesn’t get the ball (see picture above). I love how the Cowboys’ blogs all laugh at the notion Snyder will try to pick up TO. It’s laughable, but I guess a fair comment to make given Snyder’s history this decade and last week.

There are so many teams to rule out in this equation. The Pats could be an interesting situation. Moss and TO with Tom Brady. Ah. Who knows...thoughts? I wouldn't be surprised if he's nowhere week 1 and gets added right before a playoff run when a team is desperate for a WR.