The Redskins are this year's Futures bet Cinderella

Share All sharing options for: The Redskins are this year's Futures bet Cinderella 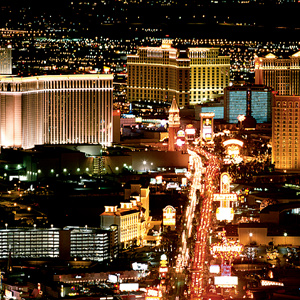 Taking a look at the futures for next year's Super Bowl winners, I think the Redskins are the best bang for the buck at +3000, and I have 8 reasons to back it up....

As of September 1st, 2008, just prior to the beginning of the NFL season, these were the futures odds for the 2009 Super Bowl winner:

There are a lot of interesting things here. The Ravens and Dolphins at really high value both made the playoffs. So certainly Vegas doesn't know everything. It is quite comical talking to my college friends who are Giants and Birds fans. They treat the Skins as laughable with 0% chance to win anything. They also think Jason Campbell has as much value as Koy Detmer.

What makes futures work is knowing the probabilities. I don't think Vegas properly took into account these factors regarding the Skins:

1.) Zorn and Blache deploying their 2nd year of head coaching.
2.) Addition of Haynesworth to a 4th ranked defense
3.) Chris Horton in his 2nd year and a healthy Laron Landry (he played hurt 1st half of season)
4.) Addition of team locker room leaders Daniels and Wynn
5.) Emergence of Devin Thomas
(I know this one is more of a grey area, but they proved off-season they are ready to step up. Malcolm and Fred provide great backups should we lose Cooley or Randle El to injury)
6.) Jason Campbell.
(Another "if." However, our defense will have the Skins in better field position, and he does not turn the ball over.)
7.) Offensive line. Addition of Dockery and continued 1st team workouts for Heyer and Rinehart.
8.) #1 Draft pick. We will be adding either an OL, DE, or OLB on day one. Worst case scenario we trade back and spread out our picks for some depth.

My ONLY concern is the kicking game. Every Super Bowl winner I can think of the past decade has had a clutch kicker, with Adam Vinatieri being half of those.

Here's the up-to-date list for the 2010 Super Bowl winner. Whether you agree or disagree with my logic, I think towards the end of the season in 2009, the Skins will be a lot lower than +3000. I will be in Vegas mid-May, why not throw a few bucks down?

With Tom Brady back to full health this year and with the ex-orbitant amount of early round draft picks the Pats have, I also like their odds in winning the Super Bowl at +550 (if was going to throw down big money).