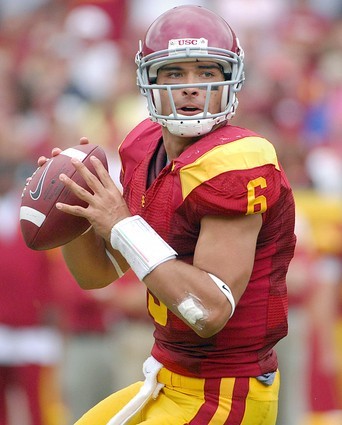 The 49ers take Mark Sanchez here. Once again, the temptation to take Orakpo is overwhelming, until you look at the depth chart at QB. Shaun Hill and Alex Smith don't exactly scream "long-term solution". Sanchez is considered by some to be the more pro-ready signal caller of the QB crop in this draft. Singletary has dedicated his offense to the running game, which is perfect for bringing along a new QB. Relying on Frank Gore not just for handoffs but also as a receiver out of the backfield will make Sanchez look a lot better than he will be in the beginning.

Orakpo fits the bill for the tough kind of defender Singletary would seemingly love. But he has just been given the keys to the franchise--just had the interim title taken off his door. He is no fool. Coaches rise and fall on QB play. This is his chance to start fresh at the QB spot with "his" choice. I think Singletary takes the California kid and has dreams of Flacco, Ryan and Roethlisberger.