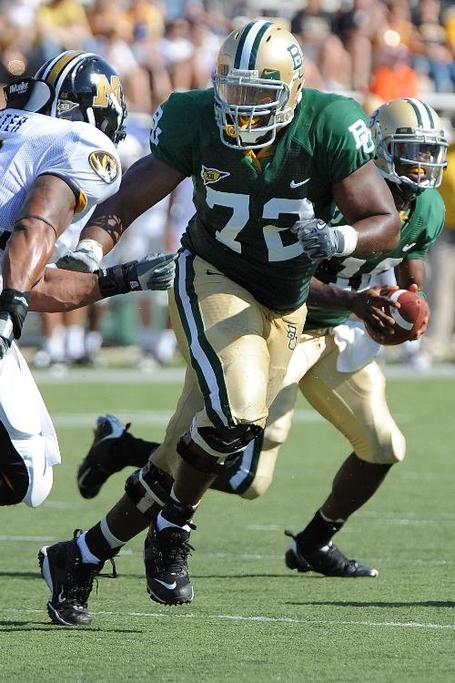 sugar with the pick:

"Like many 2-14 teams before them, the Rams have plenty of needs. But with the recent departure of Orlando Pace, their cornerstone tackle for the last decade, they have a hole that can only be filled at the top of the draft. Pace was the first pick overall in 1997, and the Rams got 7 Pro Bowls out of him. St. Louis will take Jason Smith out of Baylor to try and fill the hole left by Pace, in the hopes he can keep the QB upright and keep Stephen Jackson in business out of the backfield.

The Rams will stare hard at Eugene Monroe, as they appear rather pleased with the program that produced their top pick last year, Chris Long. But the athletic ability of Smith (he started out as a tight end before switching to tackle after his redshirt freshman year) gives him the kind of upside that teams at the top of the draft lust after."

On the clock (KevinE): KC Chiefs