The pending indictment charges reported by Hogs Haven have been served to Albert Haynesworth. Via the Associated Press and Tennessean:

Washington Redskins defensive tackle Albert Haynesworth has been indicted in Tennessee on two misdemeanor traffic charges after an accident that seriously injured another driver. District Attorney Kim Helper of Williamson County said Thursday that Haynesworth was indicted this week on charges of reckless driving and having expired registration.

Hogs Haven was able to receive a copy of the Brentwood City police report that was filed for the accident. The two sides of the story are quite conflicting, with the third eye-witness account validating the side of the victim.
(Pictures and statements given at the scene after the jump)

The Brentwood City Police report marked that it was daylight, there was no highway construction, the road was dry, and that by observation from the officer, there were no signs of any alcohol or drugs.

Below is the drawing in the police report from the officer. Haynesworth is 'Vehicle 1' and the car involved in the accident is 'Vehicle 2': 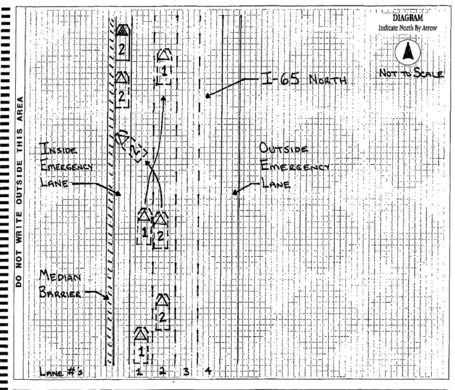 Description of the accident from all 3 parties involved. 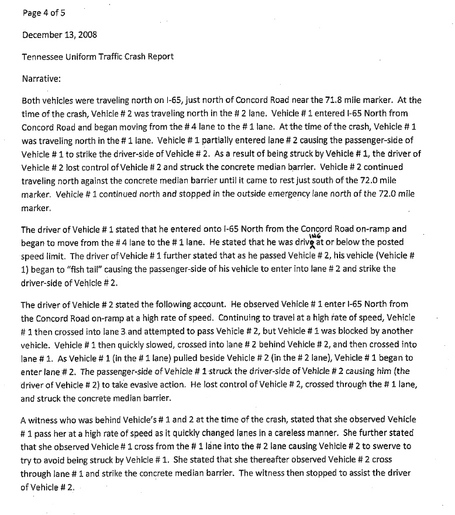 Hogs Haven left a message for Haynesworth's lawyer for further details. It's anyone guess how this will end, but the Williamson County DA cannot be happy. Albert was just four days on probation for another carless driving charge when the accident occured, and Albert received another wreckless driving charge in 2006 where he nearly ran someone off the road trying to pass on the shoulder in his Ford F-650.