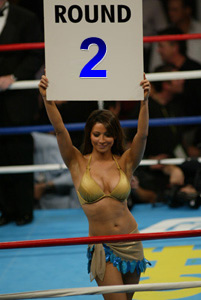 “Those who cannot remember the past are condemned to repeat it.” - George Santayana, U.S. philosopher, poet.

So Washington doesn’t have a 2nd round pick this year. I think we’re all ready to move on from this pain, but I think it’s important to first learn want went wrong so the front office doesn’t make this mistake again (and waste more picks in the future). I found 3 ways we can learn from this, and I take a 6-year look back at all of Washington's second round picks.

It was only July of last year, and memories still run fresh the day the Skins acquired Jason Taylor for two draft picks. My initial reaction, like most, was approval. Training camp had already started, Daniels was down, and options for an impact replacement were slim. Email chains were flowing heavily that Monday amongst my friends, and I don’t recall anyone complaining at it being a terrible move.

The honeymoon with the new Washington dancing star, however, was pretty short lived. First, there was the freak injury. Second was the inability for Jason to adjust to Blache’s defensive style of defending the run first. Third was #55’s struggle to play on the other end of the defensive line from his natural side. The final straw provoking the pink slip was JT’s refusal to work out with the rest of the team in the off-season workouts.

1.) If you want a player to perform in OTAs, put it in his contract. As Cooley pointed out, players can get paid big bucks for OTAs. JT was a concern in this department since he already blew off the Dolphins for Dancing with the Stars, and he was verbal about how important time with his family is.

2.)  Don’t assume a player’s strength in one system will bring success in your system. JT no doubt is a talented guy, and I know this is a tougher one to judge. But even when he was healthy, he did not cut the mustard (or cheese). Yes, the middle of the Skins defensive line last year certainly takes some blame on this.

3.) Think back to what this trade should have been worth. A #2 and #6? Probably not. The Dolphins knew the Redskins were desperate and had lost most of their negotiating leverage. This goes back to the Ted Leonsis article, if we build youth and depth via the draft, then losing Phillip Daniels wouldn’t have put us in a desperate situation to make such a trade.

Let’s evaluate how much value second round picks have brought the Redskins in the past.

Notables available in 2007 for Skins' 2nd round pick: None really: Ugoh, Steve Smith-Giants

Note: I of course realize that because these players were available does not make this pick easier. As we all know, scouting the success for a college athlete to a pro outside the first round is extremely difficult.