Doug Williams Gets a Promotion

Share All sharing options for: Doug Williams Gets a Promotion 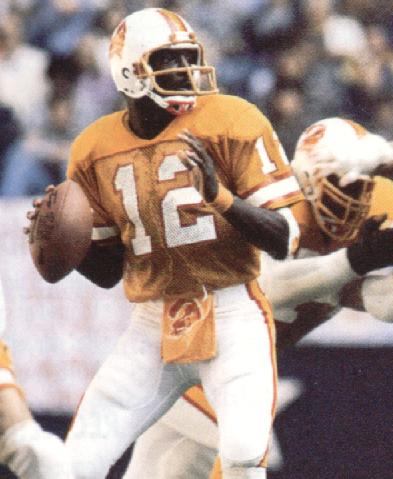 Doug Williams got promoted this week by the Bucs from personal executive to Coordinator of Pro Scouting. Sounds fancy.

With former quarterback Doug Williams promoted to coordinator of pro scouting in Tampa Bay, that makes four of Washington's 15 NFC rivals with members of the 1989 Redskins organization high in their front offfice power structure.

It's always interesting to see so many Super Bowl winners from the Skins advance for other organizations. Today, its Doug Williams. Russ Grimm is the other obvious notable. John Riggins of course WAS contributing via radio until Snyder's company canned his show.

Cornerback Martin Mayhew took over as Detroit's general manager in December in the wake of the ouster of Matt Millen, a 1991 Redskins linebacker.

And Marty Hurney, a former Times' Redskins beat writer who worked in the team's public relations department in 1989, has been Carolina's GM for seven years.

Funny that none of these well-respected men work for Dan Snyder, isn't it? The only link to those glory days in Washington is offensive line coach Joe Bugel.

Doug will be in Canton this weekend if anyone happens to live in that dump.