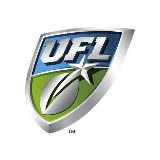 Since the economy is in the pooper, what better time is it to start another professional football league? I suppose the investors have learned nothing from Arena football and the CFL just folding, and the XFL as we all remember was down-right laughable.

Franchises for the inaugural season of the UFL — billed as "UFL Premiere" — will be based in New York/Hartford, Sacramento/San Francisco, Los Angeles/Las Vegas and Orlando. The four teams will play a seven-week season, with a championship game tentatively scheduled for Thanksgiving weekend in Las Vegas

How many things can you find wrong with this picture. 1.) The teams are not only competing DURING the same time as the NFL, but also ON Thanksgiving day when the NFL already has three games slated. 2.) Hartford, San Fran, and Orlando?! Really? I think the combined attendance of all 3 cities will still be less than that of the DC Divas. The San Francisco Fossil-fuel Fighters! I'll give some props if Hartford brings back their awesome Whalers logo. How is the UFL going to stand out? That is not really known yet. I have not read anywhere bringing back the XFL rules of:

Joking aside, a couple of interesting tidbits that have drawn the media's attention to the UFL are the players/coaches that are ousted from the NFL right now:

Jim Fassel will be the head coach for the Vegas affiliate league.

UFL commissioner Michael Huyghue last year opened up the possibility of having currently incarcerated quarterback Michael Vick join the league if he is released from prison in time. (I guess that means Marcus Vick and Pacman Jones would have jobs too). The Orlando Rottweilers?

This got me thinking to what current/former Redskins would be willing to play for the UFL. Adam Archuleta, perhaps? Jeff George? Trung Candidate? Reche Caldwell?