Champ Bailey talks about his 2004 trade to DEN [Insider]

Rypien: "Ninety-nine percent of quarterbacks out there will tell you, you're only as good as the guys up front," Rypien said. "I would never say anything negative about Jason and his play, because they've had the injury bug up front, they have guys not playing to the level. When Jim Lachey was removed from our lineup, when Mo Elewonibi is playing against some of the best rush ends in football, we're not gonna have a very good day on Sunday. Let's not sugarcoat it. Let's say it what it is. We're not gonna be very good running the football or throwing the football when Jim Lachey, one of the best left tackles in football, isn't in the game. Everyone's a professional, everyone wants to be good, but if they're not playing at all cylanders and playing well, you're not gonna be that good offensively. "

You hear that Vinny??? 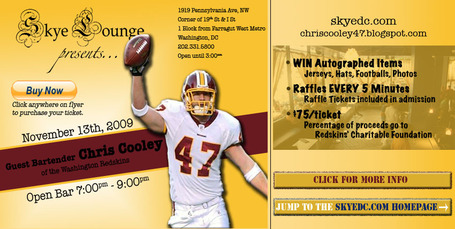