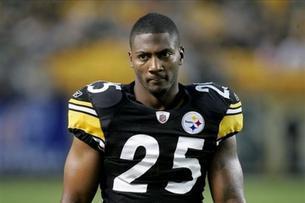 The Washington Post posted a great article on Ryan Clark, his success in Pittsburgh, and his continued ties to the Redskins and Sean Taylor. Many topics are covered including how he found out about Sean's tragic death, and some more discerning news on our front office's decisions:

Redskins tailback Clinton Portis said Wednesday he used to tell former coach Joe Gibbs that the three players the team never should have allowed to depart were Clark, Pierce and tight end Robert Royal, who was called a positive locker room presence by Portis.

It's certainly easy to say that now.  Two of the three fore-mentioned have been in the Super Bowl in consecutive years, but replacing Clark with Archuleta turned out to be a devastatingly bad move as well all know.

"Ryan Clark, man, the dedication that he played with, I think he was underrated because we had Sean back there," Portis said. "You see he had the opportunity to go play with Troy and now he's doing the same thing. I think just now people are starting to realize his worth."

Ed Reed will be a free agent in 2011 at the tender age of 33. Vinny! Start clearing $60 million worth of cap room....or dump some of those 2nd round picks we hate so much.