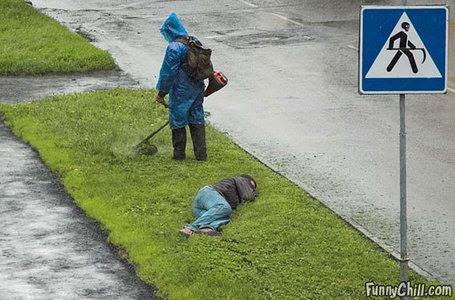 So I have finally risen from the dead after 5 straight nights of partying for Inauguration weekend. What a great weekend to be in D.C., and it was actually quite nice getting a break from the 24-hour ESPN coverage of the "experts" break down for the Super Bowl.

We did go 2 for 2 in  our picks last week, but find the Super Bowl prediction a lot tougher. We're going through some stats and will have a post up shortly on that.

So let's take a look at the loser teams. and Philly. What happens to them next?

: It is no secret that their defense got them as far as they did. They have a serious problem now with Suggs, Ray Lewis, and Bart Scott all free agents.  I would think Lewis is the only definite to return. The question is, would he take less so that Suggs can get his max deal? Suggs already held out once and started a bitch storm when he got the franchise tag, so it's pretty fair to say he'll follow the money...Dan Snyder anyone? Other than that...they need some help on offense. Mason is a quality WR, but they are missing that 2nd WR. Maghee practically died several times this year, so a lot of thought needs to get put into the RB position. Ray Rice looked solid, but could he handle the load if Maghee gets decapitated again? Lastly, losing Rex Ryan to the Jets has to sting.

Ryan joined the Ravens in 1999, eventually earning a promotion to defensive coordinator in 2005. The Skins defense maintained strong with Blache after losing Gregg Williams, but losing multiple linebackers at the same time is going to have a substantial effect. Maybe they can use Kyle Boller as a LB since he'll most likely never see an NFL snap ever again.

Philly: Wow. Nothing made my 2009 better than this loss. So what's the future for PHI? The same it has been the entire decade. Get McNabb a stud WR. When they had TO, they walked right into the Super Bowl. OK, so TO didn't work out because of his ego. So what does Philly do to fill that athletic void? Replace him with Tier 2 WRs like Donte Stallworth and Reggie Brown. Their list of WRs over the years are as comical as the Redskins' QB stretch in the early 2000s. Freddie Mitchell, Todd Stinkston, Greg Lewis, Baskett...etc. These guys are all Jabar Gaffney types. They can catch, sure...but that's about it. They drafted a heck of a receiver in DeSean Jackson, but can he be that elite QB they need, or is he simply another above average WR that has padded numbers because he has McNabb throwing to him?Their TE, Brent Celek, looks very promising, but it just goes to show where the Eagles could be if they had 2 balanced WRs.

There also is some real uncertainty at QB and head coach. You’d think cooler heads would prevail, and they would do a deal to keep Donovan. So where does that leave Kolb since they think he could be pretty good. If they sign Donovan to another contract, do they risk losing Kolb? Also, Dawkins is aging and Westbrook is not getting any younger. It is unfair to say the Eagles are soon to be on the decline, but if you look at what this squad has done the last 5-6-7 yrs, it is unlikely their best ball is in front of them.