Share All sharing options for: I Would Like to Thank Jesus on Behalf of the Following Award Winners

You asked for it (well, that one guy did)...the Second Annual All-Ahern Team Awards. Let's get on to handing out the hardware, shall we?

"We're Going Streaking!" Award: Chris Cooley. "Accidentally" posting a picture of yourself naked on your own website is, well, weird. I needn't remind you that this guy is married to a ridiculous hottie, and minus the career-high fumbles had a fairly decent season. But still...Captain Chaos posting a picture of the Sergeant...then again, his wife is reeeeeeeeeeeeeeaaaaaaaaallllly hot. 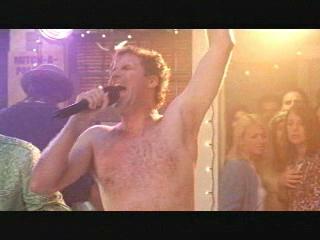 Lumberg Award: Fred Davis. Yeeeaaaaaaahhhh, just wondering where you are. You know today is not a half day. We started at the regular time. He seems to have redeemed himself to at least some of the coaches as well as some of the defensive players he goes up against in practice. But come on man...all that money and talent and you oversleep on Day 1? 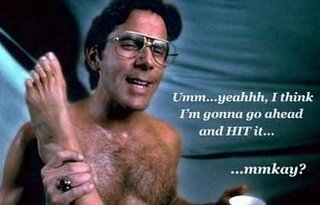 "I Fell Off The Jetway Again Award": Vinny Cerrato. THREE receivers with our first three picks? A punter? This guy not only has naked pictures of Dan Snyder, he must have caught him putting his pee-pee in a very, very bad place. There is simply no explanation for how he has held onto his position this long.


"The Price is Wrong, Bitch Award": Gilbert Arenas. Seriously? ANOTHER surgery? That you KNEW you needed? And waited to get until the beginning of the season? After you signed a pretty-freaking-close-to-max deal? I am in the tank for my man Gil, but this one even had me speechless. I've taken dumps that made a bigger splash than his presence this season. 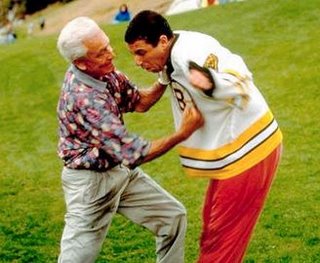 Mystery Crumbs in the Peanut Butter Award: Pacman Jones. You know when someone doesn't clean off the knife before going into or back into the peanut butter jar, and leaves those little mystery crunchies in there, and then when you make a sandwich expecting creamy PB&J, you bite into it and SURPRISE! Well, the Cowgirls keep finding those crumbs with every bite. This guy is amazing. I bet there is a standing rule now in Dallas police departments (or whatever city he is in): If someone gets shot in a nightclub, question Pacman. There is a legit chance he was somehow involved.

"Are You Feeling Stupid Honey? I Know I Am" Award: Pete Kendall. Where and when, in the many years of training and preparation that most certainly goes into being a professional lineman, do they instill in you the automatic reflex to catch a ball and try and run with it? I know for a fact he still beats himself up about that play, and it sucks, but come on...you're big and fat and there is a reason why you are an INELIGIBLE receiver. Of any play all season, that one was truly what we at the Inquirer call a "Gay Training" moment. The penetration factor was off the charts.


Dan Snyder Award: Jerry Jones. And the master becomes the pupil. He bid against himself to go and get a receiver (Roy Williams) they didn't need or use for the stretch run, gave away crazy high draft picks and stroked the kind of check that forces you to play him regardless of performance or attitude. Awesome. In three of the games Roy played in after he came to Dallas, he caught either zero or one pass. I only bring this up because they could have gotten Pete Kendall cheaper for that kind of production.

"My Other Penis Is a Vagina" Award: Dan Snyder. He makes more money than almost anyone else in the league. He sticks it to ticketholders in more ways than you can find in a low-budget, no holds barred, pornographic epic saga starring Asian granny amputees and every breed of ferret imaginable. And yet he still figures out a way to lay off 20-30 people. They were already short-handed. Well, this story has a happy ending--the guy whose job it is to raise the price of beer by $2.50 every year got a promotion.

"Was It Over When the Germans Bombed Pearl Harbor" Award: Donovan McNabb. Regular season NFL games can end in a tie dummy. How do you not know that? He's like the guy in your office who still has no idea that "Reply to All" means when he responds to your meeting request with a ranking of best boobs in the company, EVERYONE sees it.