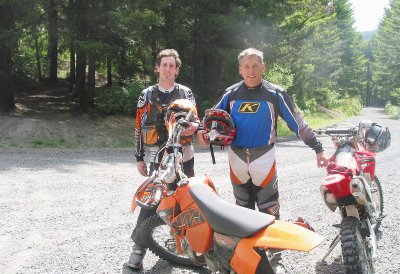 Zorn = A
During the season opener, on the sidelines in the Meadowlands, there was a brief interaction between Zorn and Campbell that made me feel sick. You could just see the shock on Zorn's face and the consternation on JC's face. It was like that scene from "My Cousin Vinny" when Ralph Macchio's friend, who chooses the public defender to defend him, watches in horror as he stutters and spits all over the jury in his opening statement. "That wasn't what we talked about!" he says to the lawyer. Which is pretty much what it looked like Zorn was telling JC. Since then, there has been little evidence that the coach hasn't been getting through to his players. The results have been beyond any expectations we could have had--beyond any expectations we had a right to hold. His play-calling has kept opposing teams guessing. Hell, his play-calling has kept our team guessing. His fresh approach to offense in this town was just what the team and the fans needed after what had become a somewhat stale philosophy. You won't hear any Gibbs-bashing here, but the truth is that the players were in drastic need of a new mindset on offense. The fans could live through a decade or more of Gibbs teams fighting to make the playoffs, but the players just seemed to know--seemed to be resigned to the fact that--what we were doing wasn't going to cut it in this league in the playoffs. The lack of off-field disciplinary problems, the relatively positive vibe from the practice field, locker room, and post-game interviews, the embracing of yet another coaching regime...all of this points to Zorn in my opinion.

There is another stat that doesn't get attention paid by many other people except for us here at the Inquirer--KNEEL DOWNS. Victory Formation. Ending the game by taking a knee. I plan to give the defense the lion's share of the credit for where we are right now, but let's not gloss over the accomplishments of an offense working to learn yet another new scheme. We are running the ball not just effectively, but brutally, deliberately, and from all points on the field/situations in the game. We are converting 3rd downs. We are converting 4th downs. We are getting in positions late in the 4th quarter where one play gets us to kneel down territory. Of our 6 wins, I think I count 5 kneel downs. Please correct me if I am wrong (did we kneel out the CLE game?). Again, with all due respect to Gibbs, his gameplan was to get us to the last 30 seconds of a 2 point game and either we kick the game-winning field goal, or we keep the other team from making the game-winning field goal. This year, while the games have continued to be close on the scoreboard, the difference has been the closing of games in Victory Formation. Not to say there haven't been some nail-biter plays in critical situations--there have been a number of them. Our offense has embarked on countless 10+ play drives. We have piled up the 1st downs against our opponents, and we control time of possession masterfully. Jason Campbell is playing confidently and our offensive line is at the very least run-blocking well. We need more production from the rookie receivers, but again, expectations have been exceeded by this unit.

The Redskins are 6-3, in the thick of the playoff hunt and the defense is absolutely leading the charge. Not enough turnovers or sacks to be in the A category you say? That is the minus. To me, 5th in the league against the run is simply MANLY. Run defense is all about heart and will. You have to want to be at the point of attack. You have to want to be in the fire where some of the biggest boys you ever saw are trying to really hurt you. It's guts. It's determination. It separates good from great. It delineates between good on paper and good on the field. Simply put, our team tackles well. We tackle well in the open field (see London Fletcher's game-winning stop against Calvin Johnson, or his big 3rd down tackle of Brian Westbrook late in that game---both plays were one-on-one, open field plays). There have been breakdowns. Laron Landry did get run over by Brandon Jacobs in one of the most vicious collisions if the year. Our offense has contributed by keeping the ball longer than in the past. Keeps our defense fresher. Still, 5th in the league against the rush puts you in A territory. Add to that the top 10 rankings in Pts Allowed, Passing Yds, and Total Yards allowed, and this defensive unit has really built a reputation for itself. We need to see an improved pass rush down the stretch. We need to see our corners capitalize on balls thrown right to them. Greg Blache, in addition to being a great quote, really knows his players on defense and understands how to put them in positions to succeed. Laron Landry, while not the same everpresent force that Sean Taylor was, is still dominating the secondary. He doesn't make it into the picture on EVERY play like Sean did, but watch him if you are at FedEx. Watch him as best you can on TV. I do. His impact pre-snap is sizable, as he is oftentimes moving from front to back to give the opposing QB a little confusion. He is lightning quick to the hole on runs and the side he shades on pass plays is often the side that gets avoided. I happen to think opposing defensive coordinators are rather afraid of Laron Landry. If our D-line could generate just a little more pressure, you might see Laron capable of capitalizing on some quick throws/rushed decisions. Our defense best described in one word--Studly.

Special Teams = C
Suisham is a consistent, serviceable kicker. He has provided some stability where for years there has been none. He brings this grade up. Because our punt unit has been in shambles. We have given up what, 3 punt returns for touchdowns? Unacceptable. We suffered through a rookie punter's learning-on-the-job as long as we could before hitting the street for a replacement. Cartwright continues to be a strong kickoff return guy, but Randle-El has been awful. He just doesn't seem to have the moves. When a guy like Moss comes in and in the course of 2 tries, he worms his way to the end zone, a bell has to go off. Randle-El is a weapon that has a spot on our offense. He belongs in the rotation of punt returners, but he simply can't be called our primary punt returner. I sincerely hope DeAngelo Hall is standing back there this week. Give Devin Thomas some reps. Mix Randle-El in. There will be a game in the near future...either the Eagles game or the Ravens game--maybe both--where our special teams will be in a spot to win the game. And it will probably determine our playoff eligibility as well.

Predictions:
With seven games to go, 10-6 should put us squarely in control of our future. That means we have to beat Seattle, Cincinnati and San Francisco. And then we have to win one against Baltimore, Dallas, Philly or the Giants. Clinton Portis probably can't and probably SHOULDN'T play this week. We need him down the stretch and we need him in the playoffs. Let Ladell get some work. And let's be honest about Shaun Alexander--anything he gives us is gravy because he is done. We need Jason Taylor to show us some Defensive Player of the Year action. We need Carlos Rogers to CATCH the damn ball. And we need Zorn to keep the ship steady, moving, and confident. My pre-season prediction was 10-6, which at the time was, well, probably a little stupid. I am going to upgrade though to 12-4. "Are you feeling stupid honey? I know I am!"

Seattle: Look for Zorn to be the elixir that solves our problems in that god-forsaken city.
Cincy: Can't beat them, don't deserve to make the playoffs.
San Fran: ditto
Baltimore: I predict a 17-16 kind of game that will feel a lot like taking a sledgehammer to the nads.
Dallas: "Close the gate on these F**KHEADS!!" This loss knocks Dallas out of the playoffs.
Philly: They just don't seem as confident of an offense against us as they do just about every other week. Very odd. Tell me if you disagree...


I hate predicting losses, but if we have to take another set of lumps, might as well be the defending Super Bowl champs who serve them up. Let's hope we get a 3rd shot at them---part of my prediction of losing to them is that we see them in the playoffs where it becomes a favorable matchup for us since it is statistically improbable to beat a team THREE times in a single season.

Enough looking backward and ahead....it's Dallas week. We have business to take care of NOW.