If We Can't Enjoy the Wiz, We Might as Well Profit Off of Them....

Share All sharing options for: If We Can't Enjoy the Wiz, We Might as Well Profit Off of Them.... 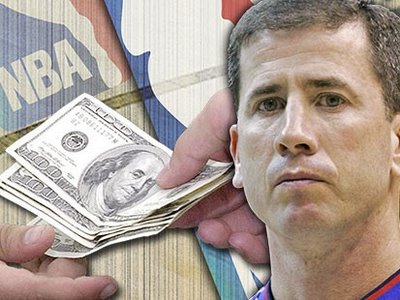 So we at Ahern consider ourselves gambling sauvvy. We're 2-0 when betting against the Wiz this year. I just watched the Wiz lose to the Heat tonight, and I was in shock to see the Wiz were favored by 2 points. Sure, a lot of people make this kind of revelation after the game was played out, but this is not the case. I know the Wiz's vulnerabilities all too well. We have NOBODY on the defensive side that can cover athletic, all-star point guards, such as Dwayne Wade. He's too good. Our rebounding last I saw was one of the worst 5 in the league. This makes for a very easy bet anytime we go against an athletic center as well (Dwight Howard won me $200 and the Wiz were never in this game). Regardless, we knew to stay off the Utah game, so check back often to help follow our track record througout the season. We will post our predictions only for the games we are sure on. We're not dumb gamblers who bet on games just to bet. One pattern I do follow, if the Wiz are playing back-to-back games and our opponent on the 2nd game is not, there's a very good chance we're pulling the trigger. Also, pretty much every road game we'll be taking a very close look on. Our bench players like to party so Miami, LA, and Atlanta make for game-day hangovers if we fly in the night before. Stay tuned.

Update: The Wiz are in ATL tonight after having played last night. At -10 we like it but not enough to bet. Josh Smith is out until December and Al Horford tweaked his ankle Tuesday night. Those 2 players are huge pieces for a blowout win. Patience, patience.