Drink This Before Reading

Share All sharing options for: Drink This Before Reading 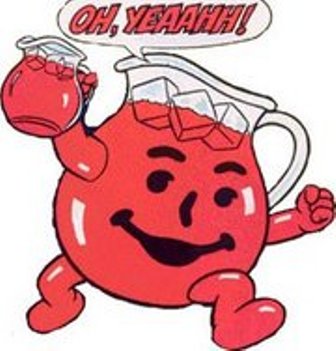 We are 6-4. If the season ended today we would be in the playoffs.

We are playing one of the worst defenses in the NFL this week against the lame duck coach of a team that our current head coach knows better than anyone we have.

The league's 2nd leading rusher is a Redskin and he is playing this week.

We are in control of our own destiny.

We are 3-1 on the road, and we have 3 road games down the stretch where we will be favored.

All that said, here we are, face to face, a couple of sil---wait, here we are facing our first MUST-WIN of the season. Remember last season when we had to go to New York and Minnesota to grab must-wins prior to clinching a playoff berth? This week we get a Seattle team on the road that is in shambles, playing for a coach that is packing up his desk. If we were the Wizards we would lose this game by 20. But I think Zorn is the difference maker this week. I think he has a plan and I think you will see the Redskins make a statement.

We won't go game by game predicting wins and losses. I think we have to look at 2 groups of games from here on out. Seattle, Cincy, and San Fran are one group of games we simply have to win out. NYG, Philly and Baltimore are the second group of games. We need a win out of this group. Should we get back on the winning track here in the next week, the Ginats loom large. If we fail to surprise them the way we did against the Cowgirls and Iggles earlier this season, it becomes a matter of splitting the Philly/B-more games. Are we capable of winning both? You bet. Are we capable of losing both? You bet.

Everyone wants to look at that Rams loss as where our season was lost. I think just the opposite--it stands as a glaring reminder of what is possible in this league as we play in games exactly like this week's game in Seattle. It is a motivational tool that reminds us that we are not the kind of team that can get away with stupid mistakes against even the league's bottom feeders. No loss is a good loss, but our season is not yet lost because of one game.

Weren't we 6-7, and 5-6 prior to making 3 and 5 game runs to clinch playoff spots in two of the last three years? Let's not panic now. For all those people who want to woefully claim this team is no different than the ones Gibbs led down the stretch, here's hoping they embody that one trait Gibbs' teams had--the ability to come down the stretch strong. And we have not even set it up as hard for ourselves as we have in past years.

It is simply too early in the season to get down on these guys. Was it that hard to predict this team would struggle at some point this year? Come on. This isn't a bad team struggling. This isn't Cincy or Detroit playing teams tough but not finding the winning solution. This is a team with a stout defense and a capable offense that is getting in its own way. This is fixable.

Protection. We have less protection than a room full of drunk high school prom-goers. Get it right.

Special teams: get DeAngelo Hall back there to return a punt or two.