Are You Serious Peter King

Share All sharing options for: Are You Serious Peter King 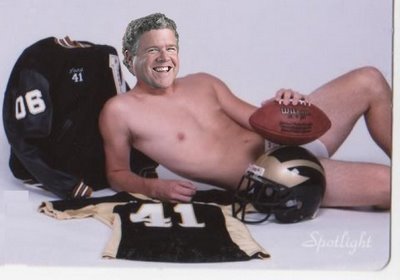 Holy crap...it seems that whenever Peter King--who we despise on this blog--picks against the Skins, we win. Plus I hate when he picks the Skins just because I don't want to be on the same side as him. Sure he gets great access, and he text messages with Brett Favre, but the guy is a zero. Sorry.

So I tune in to read his picks (yeah, I get the irony that I despise the dude and read his picks, let's move beyond that) and he has picked the Skins to win. D'oh! Doesn't mean we lose, just means we don't get the Peter King Sucks Scrotum love from the football gods. Then I read his reasons for picking us. Chief among them is to try and give the same Peter King Sucks Scrotum love to the freaking Steelers! Are you for real? It's not bad enough you may actually be such a loser your picks are somehow variables in the great divine equation used to determine winners and losers on Sundays such that those you pick to lose stand a better than even chance to win. You seem to know it. And you are choosing to wield that power demonically for someone named Lou.

Until next week's Monday Morning Quarterback, we are done Peter King. By the way, when a receiver has a day like Santana Moss, how does he not make it into your 5 page epic novel of a column that is supposed to hit on exactly such things? How does he merit NO mention? You sit in a network studio and see it ALL. And Donnie Avery, a rookie who catches some decent passes in a loss gets props over Santana!!!???

We don't do like Vinny Cerrato here and say, "Sack the QB, run the ball, stop the run, create a big play...." Good God man, these must be his keys to life:

Breathe, pump blood from the heart, eat some food.


4 sacks: We will get to Ben. Oh yes we will get there. What we do when we get there is a big mystery. Big Ben is a monster. I can just see Smoot hanging on to his legs like Jeff Van Gundy while Ben searches for a receiver.

2 INT's. Carlos Rogers has been instructed not to try and catch the ball but to tip it to the closest Redskin. He missed his calling as a women's volleyball player.

Campbell will hit Devin Thomas from about 40 out for a big TD.