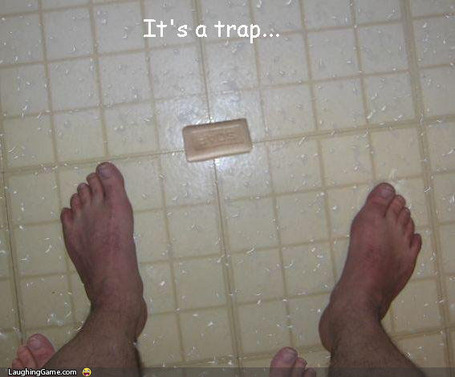 Perhaps [Jason Taylor's] best feat was lacing my[, Colt Brennan's,] helmet and visor with Vaseline, which meant I spent the practice in a slippery helmet and no visor, because I couldn’t see out of it (the Vaseline took forever to wipe off).

This is the tragedy of bad circumstance that has become Colt Brennan's life, as the cruel Football Gods put his locker betwixt Jason Taylor and Chris Cooley. It's a trap.